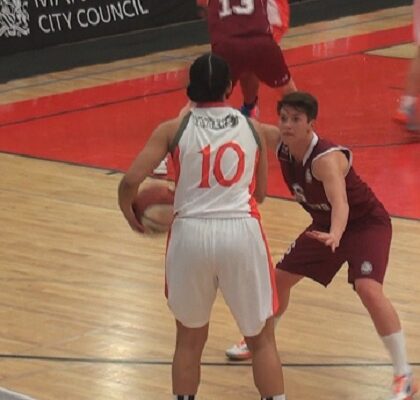 Check out Great Britain Senior Women point guards Stef Collins and Lauren Thomas-Johnson battling at the 2014 EBL Senior Final Fours when Cardiff Archers took on City of Sheffield Hatters in the semi-final at the Amaechi Basketball Centre in Manchester.

Both Lauren and Stef suited up for the GB Senior Women this summer and helped qualify for EuroBasket 2015.