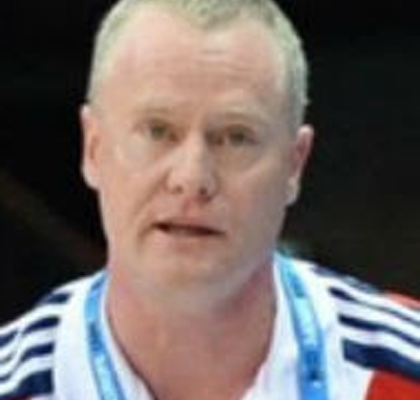 British Basketball has announced the GB Senior Women coaching staff for the 2014 season.

In a welcome sign of continuity, Peter Buckle, Damian Jennings and Vanessa Ellis are to be retained, but Buckle will be Head Coach while Jennings will revert to Assistant Coach alongside Ellis.

Buckle is very familiar with the Great Britain squad having joined the team last summer as a late addition prior to EuroBasket Women 2013. The Australian will bring considerable experience to the role, having been part of the coaching staff behind his native country’s bronze medal-winning team at London 2012. After winning three WNBL titles back home as an assistant coach with Canberra, Buckle reached five consecutive Finals between 2009 and 2013 with Townsville Fire and Adelaide Lightning.

He will lead GB into June’s second qualification round games for EuroBasket Women 2015. Group A sees GB alongside Lithuania, F.Y.R. of Macedonia and Belgium, with GB hosting the Belgians in their opening game on Sunday June 8th at Worcester’s University Arena Last season, GB reached EuroBasket Finals’ second stage and were just one win from the quarter-finals – their best-ever performance among the European elite.

In speaking on his appointment, Buckle commented;

“I’m very privileged to be named the Head Coach of the GB Senior Women’s team. This is a team that has risen in the world rankings over the last 6 years, from 76th to 24th. I’m looking to see that rise continue.”

“After selecting our squad and holding our training camp in May, we will put together the best team possible. Our first challenge is to make sure we put together 6 great games, against some very tough opposition in June and qualify for EuroBasket 2015.”

Former head coach Damian Jennings will remain with the Great Britain programme as one of two Assistant Coaches, with Vanessa Ellis. Jennings has revealed that he pulled out of the selection process for head coach, because of personal reasons;

“I withdrew my application believing I would not have enough time to prepare appropriately in the head coach responsibility due to my other commitments.”

“I have the energy and capacity for the campaign as an assistant coach but in reality I could not do justice to the preparation period leading into the camp with all that is required to be successful, in a most important year. The workload in Calgary prevents me from planning that to the appropriate level, however I am looking forward to working with Peter and the team again.”

Great Britain’s most capped women’s international, Stef Collins said, “There’s great continuity in these appointments for this summer’s GB from last year’s EuroBasket. Our success in 2013 was monumental and it provides a wonderful spring board for our qualifying games in June.”

Buckle signed GB centre Azania Stewart before leaving WNBL side Adelaide. She said, “I am very happy to hear that Bucks will be with us again, as I feel that we have unfinished business together.”

“It’s pleasing that we have a certain stability with the coaching staff to build on last year’s achievements. While there is a change to the head coach role, the group are all very keen to work under Peter.”

“The reality is that we have to hit the ground running with limited preparation. We hope to pick up where we left off last year, but now take the team’s performances to the next level. Much is happening around us but the players’ and coaches’ focus with our goals are all clear.”