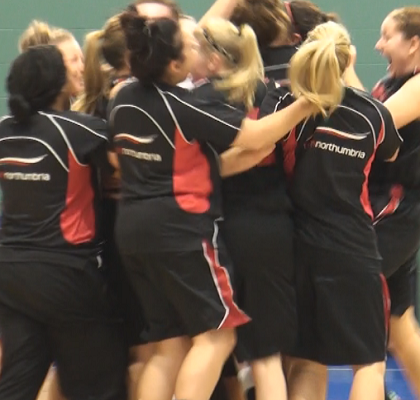 Check out Team Northumbria’s Leola Spotwood coming up clutch to give the 2014 National Cup to Northmbria over Cardiff Archers, 66-64.

With the scores tied at 64 and 7.4 seconds remaining, Northumbria inbounded the ball and got it for Leola who escaped a double team and finished a 10 foot jump shot to win the game as the horn sounded.

“As someone once told me, that once you see the ball go in, it’s gonna go in,” said Spotwood of her game winner. “When I had the ball in my hands, I’d already seen it going in the basket before I put it up and so it happened to go in.”

Spotwood finished with 30 points and 10 rebounds and was named MVP.