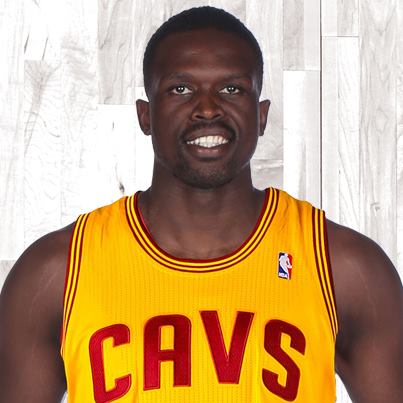 Luol Deng is treating his trade to Cleveland Cavaliers with the class you’d expect, insisting there are no hard feelings about Chicago’s decision to move him.

The Great Britain star had his first practice with his new team on Wednesday, after being traded by Chicago for Andrew Bynum’s contract and draft picks earlier in the week.

He met with media afterwards, and wanted to set the record straight after various rumours have circulated in the media about his re-signing negotiations with Chicago.

“My thing is in the summer, I never came with a number,” Deng told the Chicago Tribune. “I heard on the radio that I asked for 15 (million). I would never ask for a number. We came to (general manager Gar Forman) last summer and we wanted to sit down and talk. And Gar didn’t want to talk. (The Bulls) felt like they wanted to wait and see how everything goes with Derrick (Rose).

“Three days before the trade, Gar called me upstairs and put three years, $30 million on the table. Take it or leave it. No negotiation. I said no and that was it. But 15? That’s the only thing that upset me. I’m not upset with the organisation. I want everyone to understand that. If I was a GM, would I make that move? Maybe.

“I wanted to be in Chicago,” Deng continued. “I thought I was going to end my career there. Not talking during last summer, did that hurt me? Yeah. And then you come back with 10 (million). Who knows what I would’ve taken in the summer? That’s the part that is really bothering me. Other than that, I have no issues at all. I’m sure it wasn’t an easy decision for them either.”

Read the full, revealing, interview at The Chicago Tribune,

Deng, who practiced in the number 8, has negotiated his regular number 9 from Cavs rookie Matthew Dellavedova, which he is expected debut on Friday night against Utah.

It remains to be seen whether the 6’9″ multi-faceted forward will remain in Cleveland beyond the end of this season, but he did say he was open to signing long term with the Cavs.

“I’m definitely open to talking about it,” said Deng, who is eligible for free agency this summer. “I have no problem with that.”

“…I’ve been very lucky,” he added. “Not a lot of guys can say they’ve been with one organisation for too long. I was definitely surprised. You hear stuff, you hear rumours, but some of it’s true and some of it’s not. When it happened, I couldn’t believe it. It took a while to hit me. But it’s not like I’m stopping from playing basketball. I’ve been traded from one great organization to another one.”

Tributes have come pouring in for fan favourite Deng, including this poignant write-up by Sam Smith, saying “you don’t move on from people and players like Luol Deng very often.”

The hardest part about the trade for Luol? Having to explain it to his mother, who was visiting him in Chicago at the time:Watch some analysis of the trade with NBA TV:


Hoopsfix wants to wish Luol all the best with his new team!