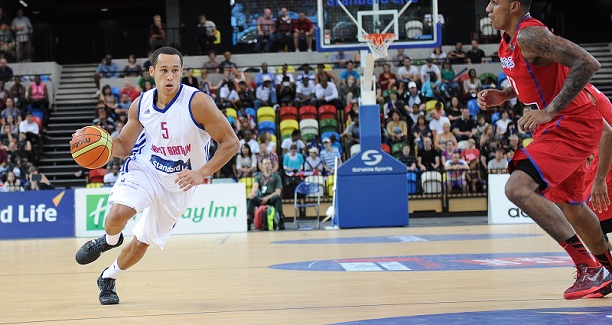 British Basketball Chairman, Roger Moreland, has revealed Great Britain’s funding post-2013 is not solely dependent on both the senior men and women qualifying for next year’s FIBA World Cup, as made out by UK Sport.

“It’s not just about the targets being set, it’s a whole host of things around that,” he said after GB had beaten Puerto Rico at the Copper Box in their first warm-up of the summer. “So it’s not as simple as saying you keep your funding if you qualify, you don’t keep your funding if you don’t qualify. We’ll go into a review period with UK Sport in the autumn, and we hope that what we can demonstrate to them is the long term aspiration of getting into the medal zone in the future, particularly 2020 onwards.”

Despite British Basketball being awarded a 1-year funding reprieve in February, according to UK Sport the following three years of investment through to the 2016 Olympics in Rio was reliant on “fulfilment of strict performance criteria” – targets of World Championships qualification for both the men and women.


UK Sport’s review period is expected to begin when Eurobasket finishes, with a final decision on British Basketball’s funding being made in early 2014.

“I’m very optimistic (of receiving the remainder of funding through to 2016),” Moreland continued. “All the discussions I have with politicians, with people at UK Sport, I think they’re all very positive. They recognise where we are, the recognise the journey we’ve been on, and I think they’re quite excited actually by the journey we’re going on from now on.”