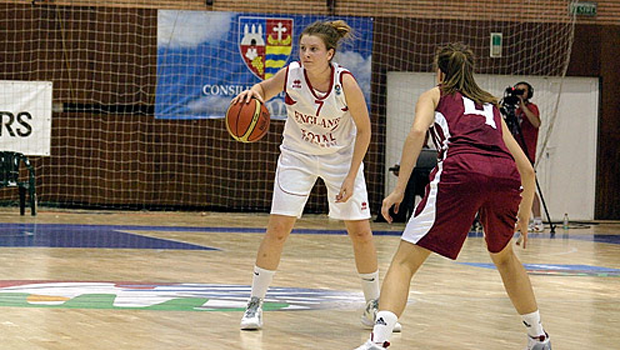 Head Coach Len Busch has announced the twelve-strong squad to represent England at the FIBA Europe U18 European Championship Women Division A in Croatia beginning on August 15.

The squad features no less than four players who represented the Great Britain Under-20s last month at the Division B European Championships, with Megan Lewis, Leah McDerment, Shequila Joseph and Harriet Ottewill-Soulsby all making the final cut.

The roster is as follows:

Busch also provided his views on the warm-up programme and the outlook of the squad for the tournament:

“We have had three sets of three international games over the last three weeks, with the girls who were with the GB U20 joining us for the first time. Over the three weeks we have been getting accustomed to the level of basketball we will be facing in Division A.

“The squad has improved through each set of games that we have played. We have pushed the players to play defence at a Division A level and cope with the more sophisticated offences they will be confronted with. We have made a lot of progress and must continue to improve through each and every game that we play.

“So far all the players have shown improvement. They have shown increased professionalism and have worked hard to be good teammates. We have four players who have never been on National Teams before and they are coping well with the demands of international competition.”

England will have their work cut out at the Euros, having been drawn in Group B where they will face Spain, Russia and host nation Croatia.

“On paper Spain and Russia look very formidable and playing the host nation is always a challenge,” continued Busch. “We don’t really have expectations, we are taking the same approach as last year’s promotion winning team – keep getting better and let the results take care of themselves.”