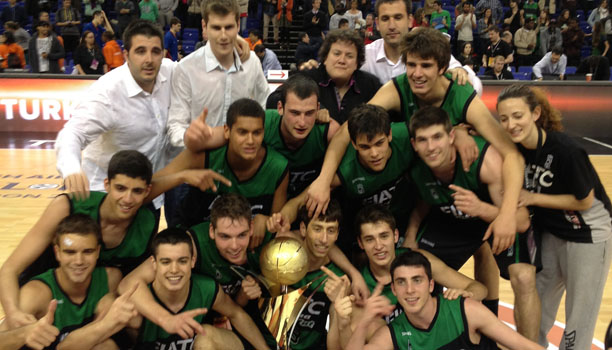 Club Joventut Badalona were crowned the 2013 Nike International Junior Tournament champions after rolling over FC Barcelona Regal, 82-59, in the final at the O2 Arena on Sunday.

It is Joventut’s first NIJT title and came in emphatic finished as they went undefeated throughout the group stages to finish the tournament with a perfect 4-0 record.

Alberto Abalde, named MVP of the tournament, led Badalona with 18 points and 9 rebounds in the final, finishing with averages of 17.8 points, 5.8 rebounds, 2.2 assists and 1.3 steals per game, on 56.8% shooting. 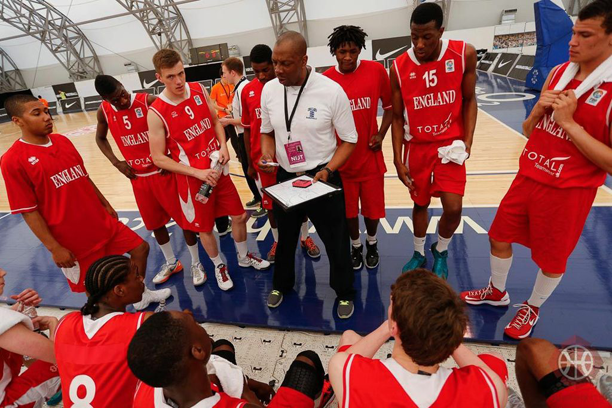 It was a solid debut from Team England in the NIJT; the hosts finished with a 1-2 record to finished second in Group B, and outside of the opening day loss to finalists Barcelona, competed better than many expected.

An overtime defeat to INSEP on Day 2 that was there for the taking, and a comfortable victory over one of early favourites OKK Spars Sarajevo on the last day, completed the tournament for England and left them with an air of confidence as they look towards their Division A European Championship campaign this summer.

“I think it was great preparation for our team,” said head coach Steve Bucknall. “I think playing against such organised and talented teams with traditions and history, it was a challenge for us, but I believe we’ve gotten better from this and I think the guys understand now that we can compete with the best; that’s the good thing about it.

We’ve got time to get better, we’ve got to add some players, I believe we’ve got a couple of players that can come in and help.”

“So it’s looking ok right now, it’s about what these guys do from now until July really, in terms of off the court, getting themselves ready, and our coaching staff preparing them well.”

Luke Nelson led the England side, proving his class once again, as he averaged 15.7 points, 3.3 rebounds, 5.7 assists and 2 steals per game, whilst big man Kingsley Okoroh was a force inside, averaging 9.7 points, 10 rebounds and 1.3 blocks per game.

England vs Barcelona
FC Barcelona Regal had little trouble dispatching of England, despite the final scoreline being just 69-58.

Barcelona stretched the lead to 24 points at halftime, after holding England to just 7 points in the quarter and it was only during garbage time, when Barcelona had emptied their bench, that England reduced the deficit considerably.

England vs INSEP
England fell to 0-2 in the tournament after suffering a 79-75 overtime loss to French side, INSEP Paris.

England were in control throughout the game, holding a comfortable 17 point lead, 34-51, with 3:50 left in the third quarter. However, INSEP fought back with a 22-4 run and held a 4 point lead with 14.4 seconds left in regulation. Luke Nelson came up clutch to force OT:

However, England couldn’t finish the job in the extra period, missing some easy opportunities as they handed France the victory.

Luke Nelson led England with 16 points and 8 assists, whilst Kingsley Okoroh had 13 and 9 rebounds.

The backcourt of Luke Nelson (20) and Jules Christian Dang Akodo (17) combined for 37 points, whilst big man Kavell Bigby-Williams had 14 on 5/5 shooting.

Spars big man, Doko Salic, one of the dominant players of the tournament, headed to the bench 2 minutes into the final quarter after fouling out, giving England a route to victory. Aleksej Nikolic had 25 to lead Spars, whilst Salic added 20 and 10 before fouling out.

Did you make it to the NIJT? Thoughts?