There may be no-one in the country better equipped to talk about the NCAA and their eligibility rules for British players than Duco van Oostrum. After his son Nigel (who currently attends NCAA Division 2 school Franklin Pierce) fell victim to the same rules a few years ago, Duco has spent years reading and researching about the NCAA’s stance on British ballers and in this guest blog asks the question why nothing is being done about it.

Anyone following British basketball must have noticed that a few of the Brits going state-side have run into trouble with NCAA eligibility. When you read of NCAA ineligibility, you automatically assume the athlete must have done something wrong for which they were punished. In these cases, however, the crime appears to be British education and British ‘high school’ students graduating too soon.

The point appears to be arbitrary and works only because it works for the Americans—it’s a moment in the British education system where everyone does the same. It doesn’t matter that it is false in terms of degree status (try enrolling at Harvard with GCSEs only) or age (ready for Uni at 16?); it doesn’t matter that at 16 it’s pretty impossible to get an athletic scholarship because the body isn’t developed; what matters is that it’s convenient for the NCAA.

The NCAA itself recognises that British education is a problem. After GCSEs, students go on to take AS/A-levels or BTEC. The NCAA, uniquely for Britain, calls this a ‘two-tiered’ education system—a fantastic example of NCAA double-speak. After graduating having taken GCSEs, a student can graduate again, according to the NCAA logic, and again. The phrase they’ve come up with is ‘moving the graduation date.’

Huh? So a student takes GCSEs, graduates and then takes AS-levels (you only have to take 2 for this to work by the way and all you need to do is get an E). The result: the student has now ‘moved’ the graduation date by one year—essentially graduating again. And then the student can do the same with A-levels (so move another year).

For BTEC, the same absurd NCAA logic applies. Only thing is, they don’t then recognize the UCAS system points for equating BTEC degrees (National Award, National Certificate, National Diploma) as equivalent to the AS/A level system, somehow devising one arbitrarily themselves, giving nothing, a year, or whatever they seem to devise at that particular moment.

The government publishes a UCAS points system in the UK in which all post-GCSE education is equated by giving ‘points.’ This is to help the student, the parent, and University admission, and these points are legally binding. You would think that that were mighty convenient for the NCAA. But no, they ignore the UK’s own education system. So not only does the NCAA mistakenly set the graduation date at 16, they then come up with their own post-GCSE education explanation flying against all legal UCAS points systems.

And here is the one that complicates everything: a US high school diploma does not move the graduation date since it is supposedly the same as the GCSEs. A 16-year old student, having done GCSEs, goes to the US to acclimatise to the American education system and gain an American degree. According to the NCAA, this is not advanced education but an attempt at ‘delaying enrolment’ (more NCAA speak), thus gaining unfair athletic advantage over American high school kids.

Think about the logic of this. A 16-year old is gaining academic advantage over US peers by enrolling in US prep school and having to meet its academic requirements? Tell this to the students who have enrolled at US prep schools and who are struggling with their academics, meeting all the pre-college requirements, and prepping for the SAT; the prep schools actually make them repeat a year to help them with the academic transition.

No, says the NCAA, you are not in education since you got all that education at GCSEs. It doesn’t matter that you can prove that to be utter nonsense. The NCAA knows best. For those Americans ready to send their child to a top prep school like Blair and pay the $50,000-a-year tuition bill, you’re wasting your money. Instead, go to a secondary school in the UK (probably for free) and get your GCSEs, finish at 16, and go to Harvard. 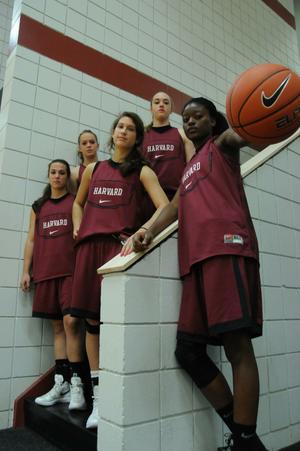 You don’t believe me? Read about the NCAA’s ruling of Temi Fagbenle at Harvard (another great read on this from the NY Times here-Ed). Harvard, of all places! Clearly, Temi went to Harvard for the basketball; clearly Temi could have enrolled at Harvard after her GCSEs at 16 and didn’t need a Blair education?

And it’s just the British educated who suffer. The European system is completely different and no one there, according to the NCAA, graduates at 16. It’s the British education system. In Britain, we start primary school aged 5, most other national education systems start at 6. This head-start is one of the reasons for the unique British situation. And, according to the NCAA, that’s a crime worth punishing.

The ‘delayed enrolment’ rule is new to the NCAA this year in Division 1. Previously, it was a matter of having graduated and not being 21 yet when you enrolled. But there’s good news as well. The NCAA has recognised that this rule causes trouble and has added a mysterious ‘grace year’ after graduation—otherwise Temi would have only 2 years of eligibility.

But of course that’s not then applied to previous cases in D2, no matter how unfair those were and are — this is the NCAA logic again: “yes, we know it’s unfair and we’ve changed the rule a bit but it’s just unlucky for those who are still being punished for something which is no longer a crime”; can you imagine this logic in justice?

And then there’s the NCAA own application of its rules. It’s a matter of luck. Yes. You read this correctly. It depends who looks at the application. If you look at the Brits on the NCAA scene, you will find the inconsistencies in the application everywhere. Why did this person sail through eligibility and this one, who ‘delayed’ less, get slapped with a punishment? For those in the know, it’s incredibly easy to put names to these cases.

The British case is not just unique for basketball. The situation is true for all sports. All sports could work together to help their athletes chase their dreams and have put their cases to the NCAA and ultimately challenge them in court.

Why is nothing done about this?