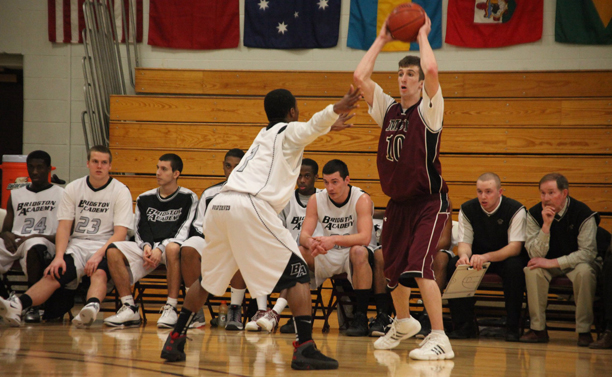 “I couldn’t be happier with my decision to go to Utah State, it is an opportunity of a lifetime. I am really excited to play under coach Stew Morrill, his career at Utah State speaks for itself. I am also ecstatic to play in front of the Aggie fans, their love for the college is hard to match in NCAA basketball.”

“Coming in, I just want to do what is required of me, I know there is a lot to learn, but I’ll be in the perfect environment to do it-Utah State is perfect for any student athlete.”

Since completing the season, the lefty shooting guard spent two months working out with trainer Steve Pratt at Full Package athletics in Chicago, Illinois, an experience he says has had a monumental impact on his development.

Thoseby represented England at both the Under 16 and Under 18 level and is currently at training camp with the GB 20s, where he is likely to make the final cut.

The Aggies compete in the Western Athletic Conference, and finished with an overrall record of 30-4 last season, suffering a first round exit in the NCAA tournament to Kansas State.

Hoopsfix wants to wish Adam all the best with his NCAA career at Utah State, we will be following!