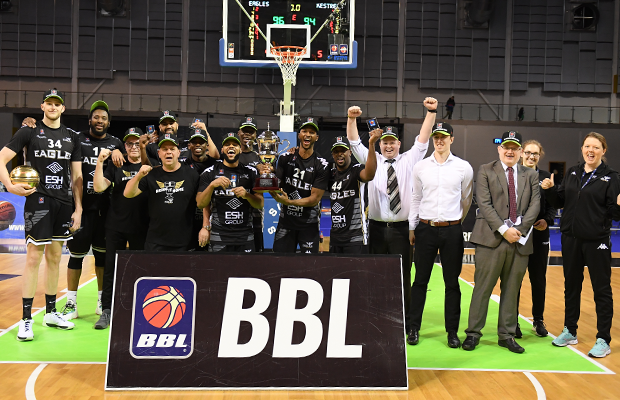 What is the British Basketball League salary cap?

Ahead of the 2018-19 season, a change to the British Basketball League salary cap was made to exclude the top 2 earning British players on each team in an effort to retain British talent.

It was prompted by the now-defunct London City Royals’ desire to sign GB stars Matthew Bryan-Amaning and Ashley Hamilton, as well as Leicester Riders heading into European competition the Basketball Champions League.

This exclusion of the two top-paid British players’ salaries, could easily take a BBL team’s total player salary bill – if they had the financial means to do so – to over £350,000.

“We have an objective as a league (a set of clubs) to have as many of the best British players playing in the BBL as is possible.

“As such we have changed our Team Payment Cap regulations so that the TPC calculation excludes the top 2 earning British players on each team.”

Why Does the British Basketball League have a salary cap?

The BBL TPC is generally used to keep overall costs down whilst maintaining a competitive balance to prevent more financially well off clubs from dominating.

However, as we have seen in the National Basketball Association (NBA), they can be a major focal point in negotiations between leagues and player unions.

This is due to preventing players being able to negotiate higher salaries even if the team is pulling in significant profits.

But this is not something the BBL will have to contend with at the moment, with no players union currently existing – despite previous calls for it from the likes of GB captain Kieron Achara.

Instead the TPC is being used to predominantly try and encourage parity across the league.

Studies shave shown that salary caps increase competitive balance and decrease overall salary payments within the league, however the resulting effect on social welfare is “counter-intuitive and depends on the preference of fans for aggregate talent and for competitive balance”.

A salary cap will usually result in lower aggregate talent as the best players will play where they can earn the most, but some fans are ok with lower talent if it means the league is more competitive overall.

“We have a Team Payments Cap as we believe it is essential to the ongoing development of the BBL as a League,” BBL Chief Operations Officer Andy Webb added.

“In particular to protect and promote the long term strength, competitiveness and viability of the League, and to ensure that the determining factor on the court is primarily sporting merit and not off court financial considerations.

“Or to put another way – we have a set of clubs who are at different stages of their development and as such have different financial capabilities (but of course we wish to maintain a competitive league and don’t want any team spending beyond their means).”