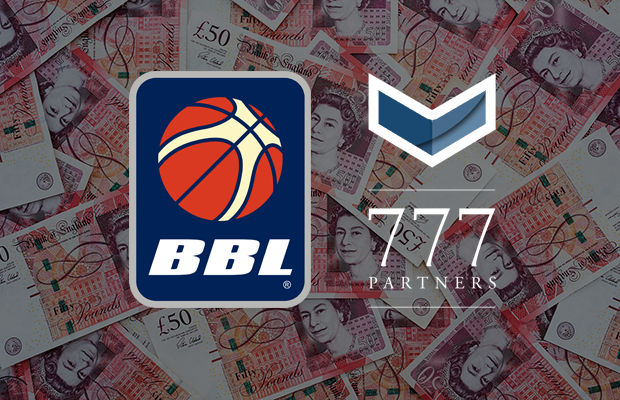 The British Basketball League (BBL) has today announced that 777 Partners has invested £7 million in return for a 45% stake in the professional league.

The Miami-based private investment firm already own the London Lions after taking over the franchise in 2020, and have now moved their attention to the league in a deal that is being labelled ‘a defining moment for the future of basketball in the United Kingdom’.

The investment will be focused on a number of key objectives, including hiring a CEO, improving the league’s digital outputs and strategy, and introducing new in-stadia technologies to improve the fan experience and broadcast product.

777 partners are hoping the investment will act as a catalyst to trigger further significant investments in clubs, with the aim also of creating much improved arenas and training facilities.

The League is also targeting at least four new, high-quality franchises to be added to the League within the next five years.

“Basketball is undoubtedly a disruptive force to the institutions that dominate UK sport,”
Joshua Wander, Managing Partner from 777 Partners, said.

“The current barriers to entry and lack of support at all levels of the game have a disproportionate and inequitable impact on underprivileged and minority communities that stand to benefit from its potential. Observing the systemic forces inhibiting the growth of British basketball has deepened our resolve as a stakeholder.

“We are determined to work closely alongside the clubs and within their respective communities to ensure our investment serves to incubate the sport more broadly. We thank Sir Rodney, the board, and the clubs for the opportunity to do so.”

With rumours swirling for over a year after first being reported by MVP’s Mark Woods, the deal has now closed as it aims to deliver an ambitious plan that they claim will span the entirety of the sport – from community grassroots through to the overall infrastructure of the elite game in the UK.

Central to the League’s plan is the creation of a significantly enhanced leadership team – including the appointment of a new CEO – to drive the League forward.

There will also be major investment in a ‘digital transformation’ strategy to improve and enhance the product and to deliver the League and its content more effectively to the sport’s digitally native audience.

Further recruitment, building a sophisticated data infrastructure and the adaption of new technologies are all also key to the deployment of investment.

“To state that we are thrilled to have 777 Partners come onboard – as passionate investors who share our vision – is somewhat of an understatement,” Sir Rodney Walker, BBL Chairman commented.

“We couldn’t be more delighted that, as a result of this significant injection of capital, we are now able to fast track the League’s big ambitions and unlock the huge untapped potential that we know the sport of basketball has in this country.

“Basketball is unique in its ability to reach across cultural, societal and economic divides and in its ability to engage with a young, diverse audience. There is therefore huge potential to use the transformative power of sport for the benefit of our growing audience and to increase the impact we can deliver from the grassroots to the very top of the professional game.”

He added; “Basketball and the BBL is coming out of Covid looking forward to a very positive future, thanks in no small measure to the more than £3 million of support from the Government’s Sport Survival funding. Now, with this investment from 777 Partners, we can plan for the future with confidence.”

Strategic focus will extend both on and off the court, they say, with initiatives ranging from elevating the quality of play and investing in official and refereeing development, to the up-skilling of game-day delivery teams.

Under the new ‘BBL Supports’ programme, the League’s player-first approach will be further prioritised, with players given additional support across their basketball and wider career aspirations and additional investment made in the player onboarding process and athlete welfare programmes.

Through the BBL Inspires programme, they hope grassroots of the game will also benefit as the League enhances its collaboration with Clubs on their work across their local communities, to help inspire and develop the next generation of British basketball talent.

A significant area of future League expenditure will be dedicated to creating the infrastructure to support clubs with operational, content and marketing initiatives – helping attract new teams whilst supporting existing Clubs in continuing to build and expand their reach.

The BBL say they are also committed to increasing its support of the women’s game, with additional resource being channeled towards the WBBL, and to working with the National Governing Bodies to help grow all levels of the game, including the Great Britain teams. Increased commercialisation of all the sport’s key assets working in partnership is a key objective of the investment.

The move expands 777 Partners’ sports portfolio, which also includes La Liga Club Sevilla and Serie A side, Genoa, which they purchased in September of this year.