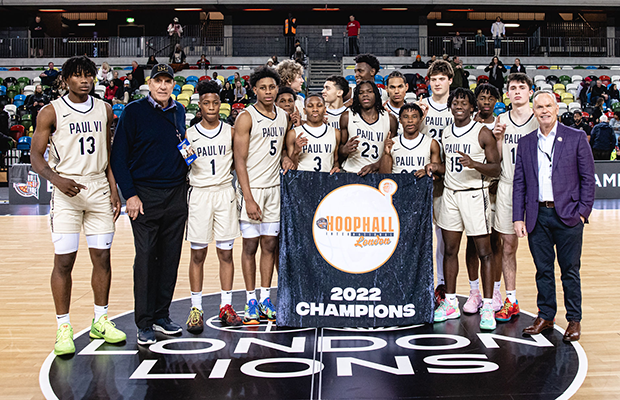 Ben Hammond scored 14 points, Maryland commit DeShawn Harris-Smith had 12 points to help Paul VI – who are a top 10 high school team in the states according to ESPN – claim the title.

Meanwhile, Christ the King took down Pace Academy in the consolation game for third place, 52-47, behind 20 points from UCLA commit Brandon Williams.

While in the capital, the Basketball Hall of Fame, alongside coaches from the teams ran clinics for local youth featuring NBA Hall of Famer Rudy Tomjanovic.

All games can be watched back in full on the Hoopsfix YouTube channel.