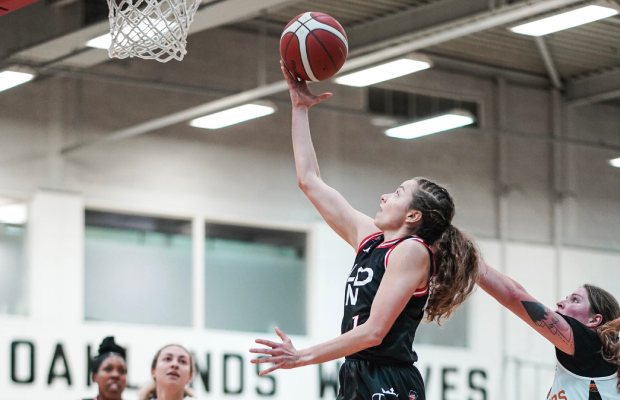 Kennedy Leonard is back in the GB Senior setup as part of a 15-player squad announced for the upcoming 2023 EuroBasket Women Qualifiers.

The London Lions star has not represented the national team since a debut in 2019 amid eligibility issues, but Karlie Samuelson – currently playing in Australia – is not included in the squad to free up a naturalised spot, while Cheridene Green is a notable absentee.

Temi Fagbenle, Kristine Anigwe and Eilidh Simpson are the only overseas based players included in the squad with 12 of the 15 competing in the WBBL including six from London as Holly Winterburn, Shanice Beckford-Norton, Azania Stewart, Shequila Joseph and Chantel Charles accompany Leonard.

Erin Jones and Kirsty Brown are in line for potential debuts with Jones having earned the WBBL’s Player of the Month award for September/October after a strong start with Caledonia Gladiators.

Sevenoaks Suns’ Janice Monakana is included having come out of retirement at the start of the season, while Hannah Robb and Georgia Gayle also keep their places in the squad with the experience of Chantelle Handy and Eilidh Simpson.