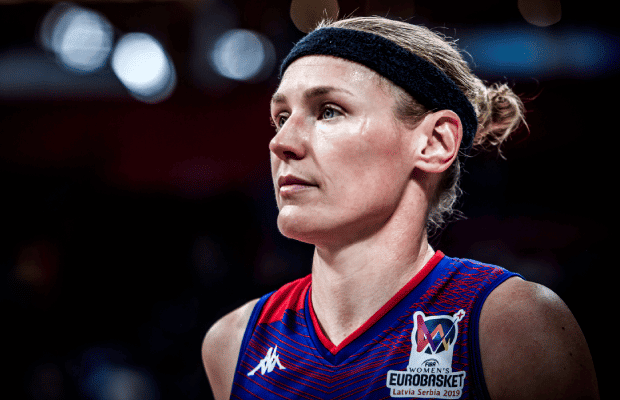 Rachael Vanderwal has announced retirement from professional basketball after a 16-year playing career.

The 39-year-old earned 118 caps with GB’s Senior team whilst playing at the 2012 Olympics and four different EuroBasket tournaments as well as winning a silver medal with England at the 2018 Commonwealth Games.

Vanderwal began a pro career in Ireland back in 2007 after four years at NCAA Division 1 school Boston University and went on to spend several years playing in Spain’s top flight before a final spell in Germany.

The guard also holds Canadian citizenship after growing up in Ontario, Canada and first played for GB in 2010; reaching 50 caps during the London Olympics two years later before bringing up the century in a friendly against Sweden in 2019.

Vanderwal suffered a torn ACL in 2020 but recovered to represent the national team for what proves to be the final time during the EuroBasket qualifiers in 2021. During rehab, Vanderwal had a stint as an assistant coach in Germany before playing alongside Eilidh Simpson with the GB duo getting married earlier this summer.

“Definitely going to miss the road trips, the banter with my teammates and just all the emotions that come with the game,” Vanderwal posted on Instagram. “A big shoutout to my family who have always supported me and my dreams. Basketball has given me friends for life, so many amazing memories, allowed me to see the world, and even given me my wife. How lucky am I?!

“THANK YOU everyone. It’s been incredible.”