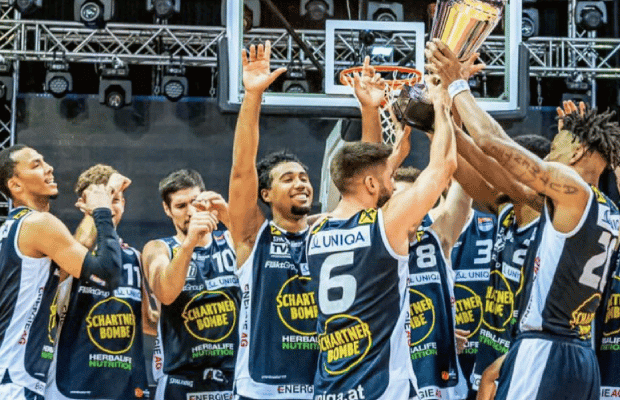 The GB guard – who competed at EuroBasket – contributed 11 points, four rebounds and four assists to his side’s 95-92 triumph over Vienna as the game doubled up as the league opener.

It marks another piece of silverware for DLO after winning the DBL playoffs title with Heroes Den Bosch last season.

The 26-year-old also recently competed in the Basketball Champions League qualifiers as Swans Gmunden lost in the semi-finals as they now transfer to the FIBA Europe Cup regular season.

Lautier-Ogunleye has also previously played in France and Italy with the current campaign his fourth as a pro since graduating from Bradley University.