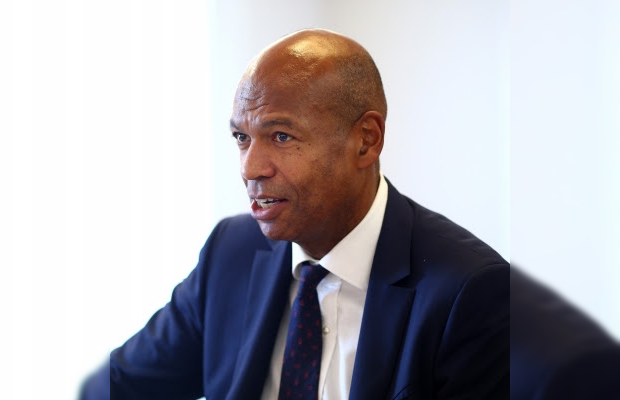 The British Basketball Federation (BBF) has announced the appointment of Chris Grant OBE as the new Chair of the sport’s national governing body.

Following a tumultuous summer for the Great Britain national team programmes, Chris, who has worked at the highest levels of sports administration, will take on the huge undertaking for an initial term of four years, starting on 1 November 2022.

“I am delighted to become Chair of British Basketball,” the former Sport England board member said.

“I was never great on the court, but I loved playing, and rented my first colour TV in the early 80s, specifically to be able to follow Channel 4’s ground-breaking coverage.

“Basketball is already one of our most played and most important sports, but it’s also clear that the game has extraordinary untapped potential. We owe it to the players, coaches, fans, volunteers and everyone who loves the sport to do all we can to ensure we realise that potential.

“There are a number of challenges which need to be addressed – their resolution will require all the stakeholders to understand how and where they can make their best contribution, and to work collaboratively. My first impressions about people’s willingness to do this are encouraging.

“I look forward to making my own contribution, and to building the culture, infrastructure and capabilities which will make GB a power in the world game, and an inspirational asset for those progressing through the pathways, using the sport to deliver benefits in their community, or who simply love the game and want to see it flourish.”

Chris has led many successful multi-stakeholder initiatives in sport and other fields. He is currently a member of the Financial Services Culture Board, and also chairs English football’s Integrated Coaching Board, while has previously served on the Boards of the Youth Sport Trust, International Inspiration – London 2012’s international development programme – and, most recently, Sport England, where he has just completed his second three-year term.

Chris has worked extensively within the high-performance sports system, not least as a designer and lead tutor of UK Sport’s cross-sport elite coach development programme.

He fronted the first ever meeting bringing together Chairs, CEO’s and Performance Directors from all the bodies funded by UK Sport; has spoken at numerous performance conferences, and has facilitated strategic planning and learning events, including Great Britain Cycling Team’s post-Tokyo review.

“Chris’ appointment as Chair of the BBF represents a great opportunity for the sport of basketball in the UK. Chris brings a wealth of knowledge and expertise to the role that will give the BBF and its partner organisations the best possible chance to transform the sport, both on and off the court.

“We all know the potential basketball has to inspire and unite from community level to the world stage, and we look forward to working with Chris and his team to support them to realise it.”

The appointment is said to have been “warmly welcomed by the basketball governing bodies allied to the BBF.”