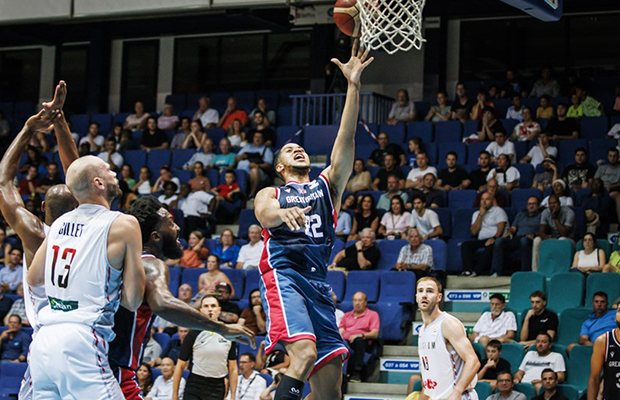 Great Britain’s Senior Men were beaten 72-57 on the road against Belgium as they resumed their World Cup 2023 European Qualifiers.

Nate Reinking’s side drop to 1-4 in the second round – having carried a win and three defeats over from the first round – ahead of hosting group leaders Latvia in Newcastle on Sunday.

Myles Hesson top scored with 17 points, while Ovie Soko added 13 as the only other player in double figures.

GB made a bright start to lead 9-5 through four points from Gabe Olaseni and a big dunk from Carl Wheatle. However, the hosts put together a 15-3 run to surge into a 20-12 advantage at the end of the first quarter.

Hesson and Ovie Soko combined in an 8-0 burst to draw GB level in the second, but an 11-1 response saw Belgium regain control and they would lead 33-27 at the half. GB soon fell 16 points behind in the third and they were left facing a double-digit deficit heading into the fourth.

Little changed in the fourth quarter, as Belgium rode out their lead to victory.