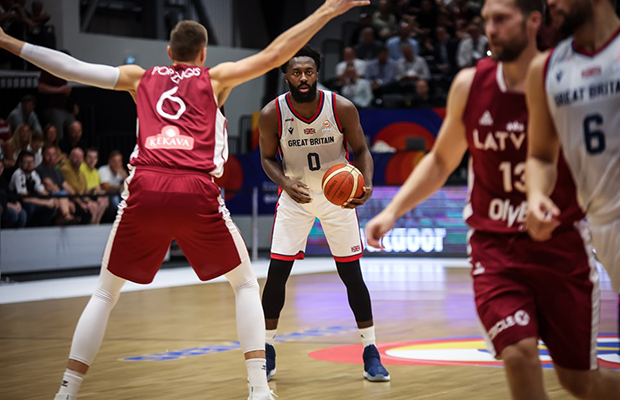 Great Britain’s Senior Men suffered their second loss of the World Cup qualifiers window as they were beaten 80-87 by Latvia in Newcastle, on Sunday.

The hosts led 73-71 inside the fourth quarter in front of a sold-out crowd, but were undone down the stretch with Kristaps Porzingis finishing with 29 points and 14 rebounds for Latvia.

Myles Hesson top scored with 15 points along with eight rebounds and eight assists for GB with Gabe Olaseni close behind on 14 points, while Luke Nelson and Teddy Okereafor were also in double figures.

GB shot 11 of 27 from beyond the arc with their opponents down at 7 of 29 after being unable to replicate their red-shot shooting streak from a win over Turkey.

Nate Reinking’s side remain bottom of the second round group with a 1-5 record as they now head to Milan, Italy for the start of EuroBasket 2022 next week.