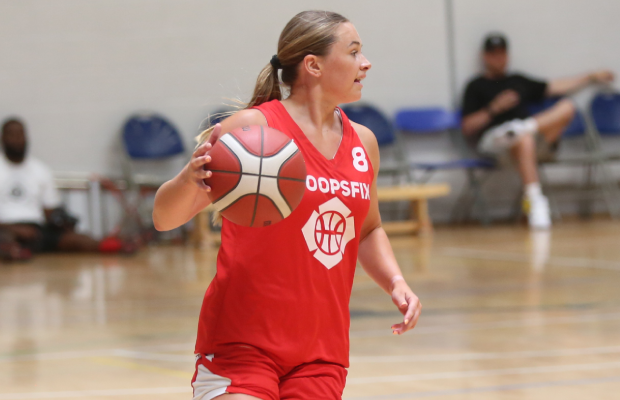 Unbeaten Team Emerald will take on Team Sapphire to decide the inaugural winners of the Women’s Hoopsfix Pro-Am after both teams won tough semi-finals, on Saturday.

Beth Sarson’s game-winning three handed Team Emerald a dramatic 46-45 victory over Team Ruby, while Team Sapphire had secured their place in the final with a 52-45 success against Team Diamond in the opening encounter at the City of London Academy.

Team Diamond and Team Ruby will meet next week to determine third place ahead of the title showdown between Team Emerald and Team Sapphire.

Re-watch the semi-finals below: