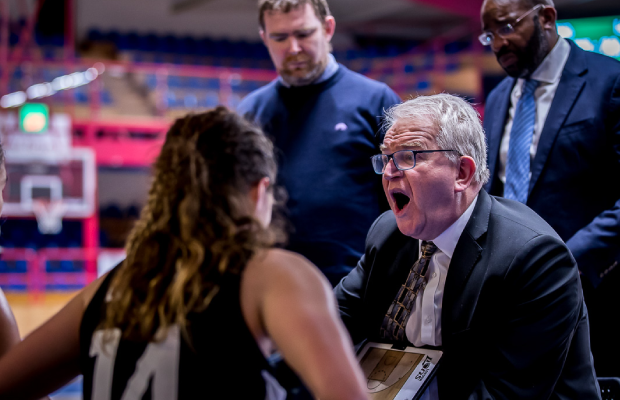 London Lions will face La Rochee Vendee in the regular season of the 2022-23 EuroCup season, while their other two Group J opponents are unconfirmed.

“A tough draw,” commented head coach Mark Clark. “Either ELWQ loser will be tough because of their huge history in Europe. Vendee showed how tough they can be last year. As we proved, teams coming through qualifiers are always hungry.

“We will be stronger than last year and will need to be. Looking forward to the challenge and a great opportunity to showcase women’s basketball.”

Roche Vendee topped their regular season group last season, but were knocked out in the first round of the playoffs, while Villeneuve made it to the next stage having previously won the competition in 2015. Girona are perennial contenders in Spain and have recent EuroLeague history.

The Spurs were heavily beaten in last year’s qualifiers as the newcomers from Belgium with Sassari making it to the regular season before being eliminated with a 1-5 record.

London made it all the way to the playoffs from the qualifiers in their debut campaign, but this time start in the regular season as they were amongst the third seeds in Conference 2.

Last season, the Lions competed against Belgium’s Castors Braine, Rutronik Stars Keltern of Germany and Czech side Zabiny Brno during the regular season – finishing with a 2-4 record, which was enough to advance to the playoffs as the 32nd ranked team.