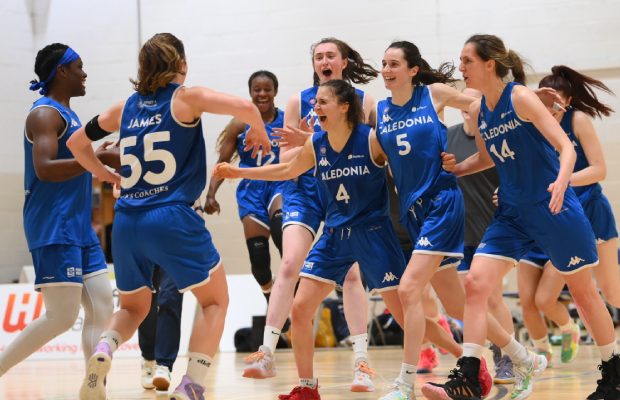 Nottingham Wildcats and Caledonia Pride both recorded road victories against higher-seeded opposition in the quarter-finals of the WBBL playoffs, while London Lions and Sevenoaks Suns had contrasting wins.

Pride made history as they secured their first-ever post-season win by beating Sheffield Hatters 77-86 in the biggest upset by seeing at the weekend. Bart Sengers’ side had beaten Sheffield in the league as part of their impressive run to conclude the regular season and they were led by Laken James with 18 points, six rebounds and seven assists with four others in double figures.

There was also an away win for Nottingham earlier on Sunday as they advanced to the semi-finals once again by overcoming Leicester Riders for a 69-81 success. They jumped out to a 14-27 start before Leicester rallied, though a big fourth quarter gave them the win as Brooklyn Pannell and Jahnae Gyles combined for 41 points.

Sevenoaks were in danger of a first-round exit on Sunday evening before a dominant fourth quarter ensured they got past Essex Rebels, 66-55. Cat Carr put up 29 points, 11 rebounds and nine assists in a vintage display as the Suns battled back from a double-digit deficit as Essex had led for large parts in search of their first playoffs win.

It was the league, Cup and Trophy winning Lions that had opened the 2021-22 playoffs on Saturday and they were in a ruthless mood in brushing aside the challenge of Durham, who had secured eighth spot on the final day of the regular season.