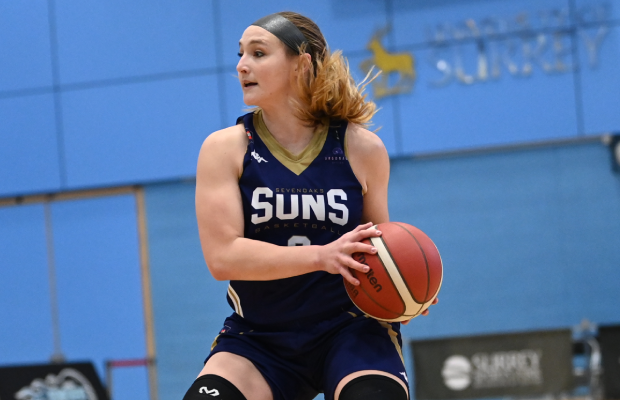 Frankie Wurtz feels grateful to have one final shot at London Lions on Sunday as Sevenoaks Suns look to spoil the party of a potential clean sweep.

The American guard is looking forward to the challenge that awaits in the WBBL playoffs final as the top two teams in the league go head-to-head in the season finale for the first time.

“I’m super excited to play at The O2,” Wurtz told Hoopsfix. “You always want to be one of the last two teams playing and I’ve heard it’s going to be a fun atmosphere.

“The Trophy final was a good experience, but we hope this outcome is a little better. I think it will be really good for basketball here in this country and hopefully we can showcase a really good game for women’s basketball.” 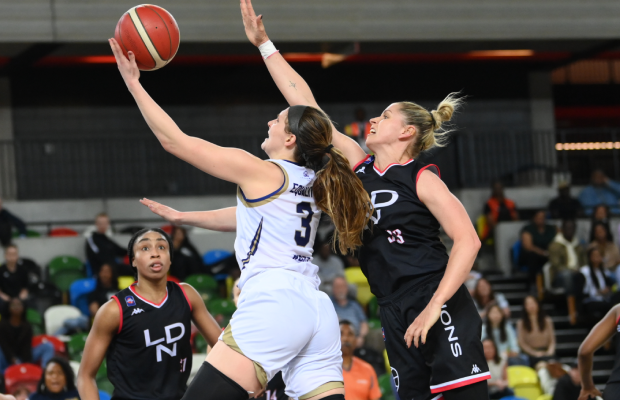 Sevenoaks suffered a crushing defeat in the Trophy final in one of four losses to London this season, but took encouragement from their two most recent encounters in league play. And, Wurtz acknowledges that the challenge now is to extend those bright spells into a complete performance if they are to claim victory on the biggest stage.

“They are obviously a really talented team with a lot of different people who can score and contribute so it’s tough to guard teams like that.

“The last two meetings, we showed we can compete; whether it was for a quarter or a half and we have to put together a complete game to beat a team like that.

“It’s important to stick to our game-plan for the 40 minutes. Our biggest thing that we talk about is staying disciplined. We need to be really good defensively and try to disrupt them.

“I’m glad we get one last shot at them and it’s exciting that it’s in a final.”

The Suns have been the dominant team in the WBBL over the past five years, but face the prospect of finishing without a trophy for the first time since the 2015-16 campaign.

That long tradition of success was one of the drawing points that led Wurtz to making the move in the summer following a rookie year in Luxembourg.

“I remember talking to Len and I enjoyed just hearing about the culture and success they’ve had in the league,” explained Wurtz.

“One thing that stood out to me was the amount of different players that have stayed at the team for a long time – that says a lot about a club and a programme, especially overseas.

“I can see why everyone has stayed. I’ve really enjoyed my experience and enjoying every moment is really big – I’ve been through injuries and with the pandemic, it’s shown how lucky we are to play basketball.

“We have faced a lot of different adversity [this season] with different people out at different times and had a couple of tough losses, but our goal was to make the playoffs final and still be playing at this point, so we’re really excited.”

Wurtz is a second-year pro out of Green Bay – where she played alongside Caledonia Pride’s Laken James – and had averages of 10.8 points, 7.2 rebounds, 3.5 assists and 1.5 steals per game in 24 league appearances for the Suns.

The 25-year-old netted a league best of 19 points against Gloucester City Queens and also enjoyed a run of four straight games with 10+ rebounds; showcasing an all-round style of play In the Sevenoaks backcourt having had to adapt to new surroundings.

“There are always adjustments any time playing overseas with new systems and playing with new people,” said Wurtz. “Every year is different. There are a lot of pros here and really experienced players.

“I’m one of the younger players on the team and it’s been a lot of fun learning from these players.

“They hold you super accountable at Sevenoaks – it’s been a super great culture to be part of. I’m glad I’ve had this opportunity and been able to get more comfortable as the season has gone on.

“The biggest thing for me has been to try to help in any way I can. Even when the shots might not be falling, I can impact the game in other ways; rebounding, defence, hustle plays and anything I can to help our team win.” 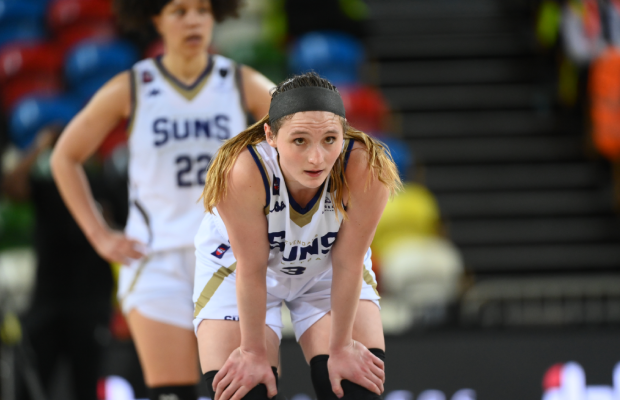 One player that epitomises the will to win for Sevenoaks is their ever-present leader Cat Carr. The two-time league MVP was voted onto the WBBL Team of the Year once again after another impressive campaign.

The influence ripples throughout the squad and Wurtz was full of praise for her teammate after a season of getting to witness the drive to be successful at first hand.

“Cat has been here for so long, and had so much success in this league. She has so much experience, knows how to win and knows what it takes to win.

“She’s a leader and is super inspiring in so many ways. She holds everyone accountable and that’s really good for the team.

“I can see why Sevenoaks have had the success they’ve had. Everyone at Sevenoaks is super competitive and I love playing with people like that – players that love to win.”

The Suns know it will take a complete team performance if they are to add to their extensive trophy cabinet and inflict a first domestic loss on the Lions in 13 months, and Wurtz is ready for the battle.

The WBBL playoffs final is also available to watch LIVE on Sky Sports including their YouTube channel.