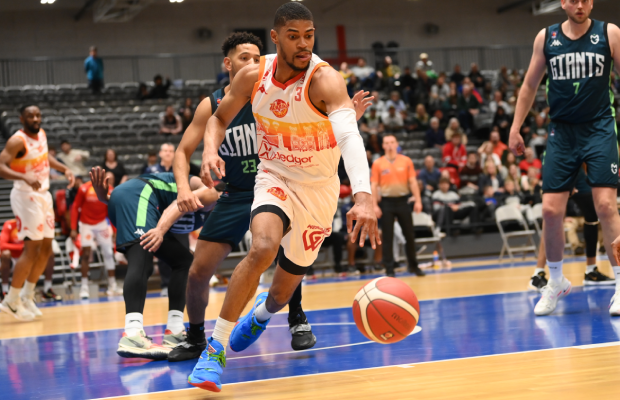 Bristol Flyers pulled off an incredible finish to advance to the semi-finals of the BBL playoffs with Glasgow Rocks knocking out the second seeds as Leicester Riders and London Lions also made it through.

Malcolm Delpeche’s block in the dying seconds sealed a 171-169 aggregate victory for Bristol against Manchester Giants after Mike Miller had put the Flyers ahead moments earlier in a dramatic finale.

Bristol finished in the top four in the BBL for the first time, but saw their hopes of making it through in the balance after losing the first leg on the road 91-79 on Thursday. However, Andreas Kapoulas’ side turned things around on home court as they claimed a 94-80 triumph to spark jubilant scenes.

Cheshire Phoenix almost pulled out a great escape, but they saw a commanding second leg lead wiped out in an overall defeat to London. The Trophy winners led by as many as 31 points at home on Sunday before the Lions rallied in the second half to only lose 97-95 as they advanced 180-166.

WE DID IT. WHAT A COMEBACK 😤
Lions 95 : 97 @CheshireNix
(+14 aggregate)
Huge respect to Cheshire Phoenix for showing tremendous amount of character! 👊❤️#wearelondon pic.twitter.com/nw5L7zFEbC

Bradley Kaboza had starred at the Copper Box on Friday night with a streak of 16 points in a row during the third quarter as the hosts would earn an important 85-69 win. And, having conceded 67 points in the first half in the second leg, they were able to fire up their offence again in the second with 57 points to cut a worrying gap.

Meanwhile, Glasgow overturned a first leg deficit as they responded to a 76-83 home loss on Friday night by knocking out the second-seeded Sheffield Sharks with an impressive 72-96 victory in front of the Sky Sports cameras to secure an overall 172-155 success.

The Sharks still led in the tie at the end of the third quarter as they trailed by five on the night, but Glasgow outscored the home side 26-7 in the fourth to power through with Jordan Harris leading all scorers with 21 points.

Leicester Riders will be their opponents in the semi-finals after the league and Cup winners overcame the challenge of eighth seeded Plymouth City Patriots. The Riders won the first leg 71-86 on the road on Friday and were behind on aggregate in the second leg after falling 16 behind, only to recover to win 88-87 for a 174-158 victory.