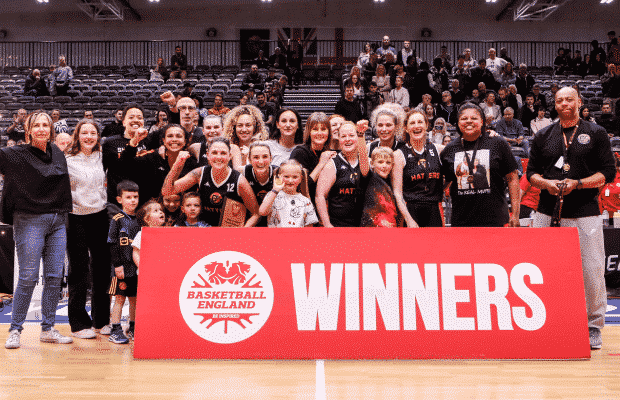 The Hatters veteran trio of Lisa Riches (nee Hutchison), Steph Gandy and Sarah Cooney (nee Naylor) all played the full 40 minutes and combined for 70 points, 33 rebounds and 22 assists in the win at the NBPC, in Manchester.

Riches was named MVP after finishing with 25 points, 11 rebounds and eight assists in a near triple-double effort for Sheffield.

Manchester were led by teenage guard Charli Wroe, who put up 24 points, five rebounds and five assists in their valiant effort.