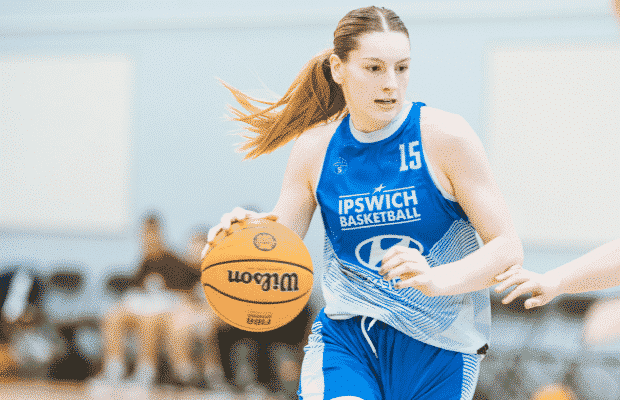 Cameron Taylor-Willis is set to play for Essex Rebels in the WBBL next season, head coach Tom Sadler has announced.

The Ipswich star was originally set to head Stateside after committing to NCAA D2 school Eckerd before opting for another year at home and will now remain in the UK at the University of Essex.

Taylor-Willis starred as MVP in the Under-19 Women’s game at the 2021 Hoopsfix All-Star Classic and has been a consistently strong performer once again in WNBL Division 1 action this season.

“I’m really excited to make this move to Essex next year,” Taylor-Wills told Hoopsfix. “I’m excited to see how I get on playing at the next level and to be challenged by high profile players in that league.

“I decided on Essex because the programme and facilities are great. I’m also excited to work and be coached by Tom as I’ve heard great things.

“I have absolutely loved my time at Ipswich – it has moulded me into the basketball player and person I am today.

“I cannot thank Ipswich Basketball Club enough for what they have done for me, especially Nick [Drane] and I’m happy I won’t be too far away from it all.

“Hopefully I can finish my time at Ipswich in the right way by winning the playoffs and end my amazing journey. But it’s time for a change and I’m ready for my next chapter of my basketball career.”

Ipswich are the reigning league and playoffs champions in WNBL D1 and currently sit in fourth place in the league standings with a 10-4 record.