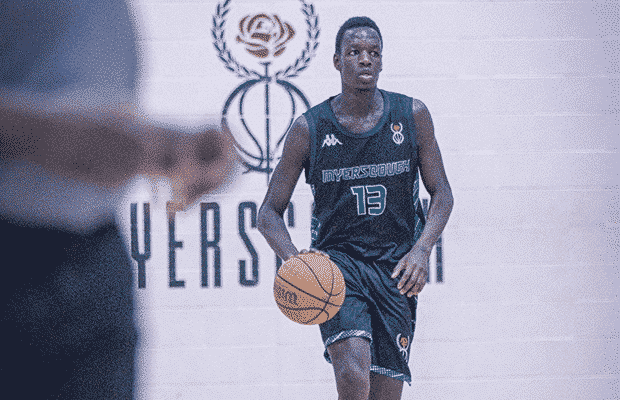 The 2022 EABL Championship final will see a replay of the 2016 edition, as Myerscough will face off against Charnwood next Wednesday 30th March in Manchester.

Charnwood took down Barking Abbey 72-67 in a thriller to book their spot, while Myerscough steamrolled over Sheffield College 92-76.

Victor Ndoukou had 24 points to lead Charnwood past BA, as they trailed by 4 with 2:30 left, before back to back threes from Kanu Gudza – who finished with 16 – and Ndoukou, saw them take a two point lead.

Following two BA free throws, Gudza came up with a clutch steal to take the lead, before a huge four-point play from Ndoukou saw Charnwood seal the win at the free throw line.

“Extremely proud of our guys to get the job done today,” Charnwood Head Coach Will Maynard said.

“It showed huge character to get the job done despite things not going our way. Credit to Barking for making it tough for us with their size.

“We had to stay confident shooting the ball, we were getting great looks the whole game just not converting. Huge plays down the stretch from Kanu and Victor saw us get across the line.”

Louie Jordan added 15 points for Charnwood, while BA were led by 13 points from Denilson Caschili and 12 from Cem Uner.

Meanwhile, in the North West, Myerscough used a 16-0 lead in the first quarter to open a commanding lead, extending it to as many as 30 points in the third quarter.

The lead was too much in the fourth quarter for Sheffield to claw back from, as they ultimately fell by sixteen.

“it’s been a very difficult two years, on the eve of the 19/20 EABL final we were told that the game was cancelled due to covid, obviously that was devastating for the guys who’d worked so hard to get there,” Myerscough Head Coach Neal Hopkins commented.

Declan Kom’s 24 points would not be enough for Sheffield, while Charles Okafor added 23.

The EABL Championship Final will tip off at 5pm at Manchester’s National Basketball Performance Centre.

Elsewhere, Haringey will take on Dagenham Park in the ABL Finals, with Haringey escaping Northolt 71-69 and Dagenham winning against New City College 89-70.