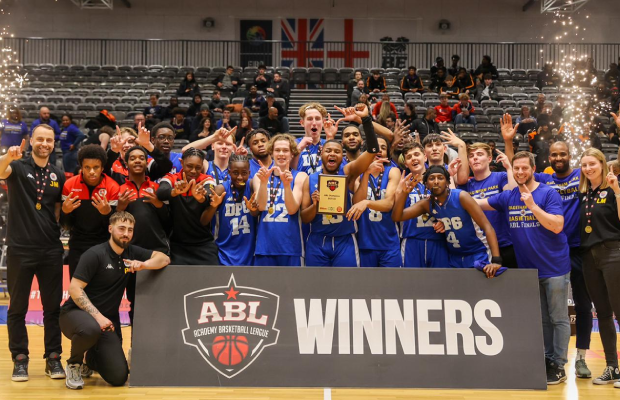 Dagenham Park School clinched the 2022 ABL Championship title in dominant fashion as they defeated Haringey 92-62 in Wednesday’s final, in Manchester.

Brandon Tchouya starred with an all-round display as MVP; posting a triple-double of 21 points, 14 rebounds and 10 assists as well as three steals and three blocks in the win.

There was also an impressive performance from Josh Smith-White after finishing with a game-high of 24 points along with 15 rebounds and five assists for Dagenham.

Dagenham came out firing in the first quarter as they set the tone to lead 29-18 and never trailed in the contest. Haringey responded in the second to cut the deficit to 11 points at the half as they were still 40-29 behind.

The gap was down to seven with 4:39 left in the third before Dagenham went on a devastating 19-4 run to re-establish control. They carried the momentum into the fourth to wrap up an emphatic victory with Tchouya completing his triple-double with a 10th assists inside the final two minutes.

For Haringey, Chudi Dioramma put up a double-double of 18 points and 17 rebounds as they were unable to recapture the title.