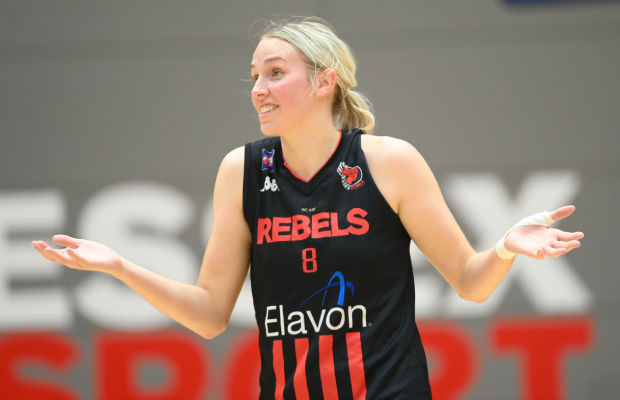 The WBBL action returns this weekend after a short break so we have opted for a mid-season review for the Power Rankings to check in on the 13 sides.

There were several games disrupted with COVID-19 to close out 2021 and the Lions are the only team to reach double figures in league games so far, so there is a lot of action still to come.

👍 10 wins from 10 in the league, three more to reach the Cup final and a remarkable run in Europe in between. The Lions have been impressive with a number of ruthless performances as they backed up their statement of intent through their summer recruitment. More silverware surely on the way?

👎 They were pushed all the way by Sheffield in their most recent domestic encounter in December, however,  and despite being favourites for a potential clean sweep, Mark Clark is well aware they won’t have it handed to them. COVID and injuries have caused disruptions and they can’t afford a drop-off in standards.

👍 The Suns have quietly gone about their business with minimal fuss as they continue their incredible league record over the past few years. Cat Carr continues to pull the strings and they brought back Janice Monakana to further strengthen as summer signings Jamila Thompson and Frankie Wurtz have settled in.

👎 Len Busch’s side only blemish on their record so far this season is their defeat to London in the Cup when Cassie Breen stepped up with a dagger three. That was a very early meeting and both sides have grown since and their two league encounters could well shape the course of the title.

👍 It’s been a welcome return for the Hatters and they were quick to hit the ground running. Georgia Gayle has starred – earning a GB recall in the process – with Helen Naylor still producing the goods as a Player of the Month award winner. And, their only two losses have come against London – losing by just two in the last game of 2021.

👎 The other defeat was a 34-point loss and had indicated they were a lot further away than they hoped as their Cup run came to an end. The Hatters are synonymous with silverware and they are already back amongst the leading contenders in their first year back, but may have to find that extra bit special if they are to overcome the league’s current top two.

👍 There have been some battling performances from the Riders with a couple of Hannah Robb inspired comebacks as a new-look roster comes together. Anna Lappenkuper produced one of the best individual displays of the season with a 34-point haul in a success away at the Rebels

👎 After pulling off the impressive road win at Essex, the Riders stumbled in December as they exited the Cup, battled past Durham before losing to Manchester. Marg Jones took over the reins as head coach and the team will look to come back from the break refreshed in order to avoid losing further ground.

👍 Erika Williams proved to be worth the wait for the Mystics with the American firing on all cylinders to help boost a team that is led by its dependable trio of Georgia Jones, Dom Allen and Rheanne Bailey. Manchester showed their credentials with a 60-53 triumph over Leicester before the break and will look to carry that momentum forward.

👎 Depth is an issue for the Mystics. Just one or two injuries like the spell on the sidelines they endured with Lauren Thomas-Johnson leaves them depleted. Consistency will be key too to ensure that big wins, like the one over Leicester are followed up in the right manner and taking on Newcastle will be the first chance to do so.

👍 The Rebels reeled off four straight wins including a dominant 40-point home victory over Manchester having made some smart summer additions. No team shoots the ball at a better percentage from three-point range than Essex and they are a dangerous side when they get going.

👎 It has been a tough schedule for Essex and aside from the manner of the win against the Mystics, they are yet to pull off a substantial result against the top sides. They certainly have the squad to compete with the top four, but will need to be better on the defensive end in the second half of the season.

👍 Brooklyn Pannell leads the league in scoring, Kennedy Nicholas leads the league in rebounds, Shaunay Edmonds is amongst the top five in assists. Nottingham have a strong American trio leading the way and they showed glimpses of hanging tough with London in the early stages of a 34-point loss in December.

👎 The Wildcats have never had a losing record in a WBBL Championship season, but they are already playing catch up after a slow start. The ‘big three’ need support as they currently combine for 64% of their scoring output. Their next three games are against teams with inferior records with a chance to go on a run.

👍 Ebony Horton has been a leading light for the Eagles, amongst the leading scorers in the league as well as playing a key role in their Cup semi-final victory over Leicester. Chloe Gaynor and Jessica Eadsforth-Yates, in particular, are both growing their production as Newcastle have leant on a developing British core under Chris Bunten.

👎 Newcastle have confirmed the departures of Horton and Abby Lowe in a double blow for the club. The Eagles have lacked consistency so far; league defeats to Oaklands and Caledonia have halted their potential top-four challenge and now another mid-season shakeup to contend with.

👍 It’s refreshing to see the direction the Wolves have gone in this season with increased focus on giving their academy players a chance at the highest level; under the new leadership of player-coach Lauren Milligan. Daisy Porter, in particular, has taken WEABL performances into the top-flight and Oaklands are capable of making a push for the playoffs with a key home stretch coming up.

👎 While results may not be the ultimate measuring stick, there have been some tough encounters for the Wolves this season. Injuries to senior players have proved costly at times and their fitness could prove decisive in the quest for a top-eight spot with Beth Sarson averaging 36.8 minutes per game.

👍 Another delayed import acquisition has made an immediate impact with Lauren Saiki impressing in a short time with the Archers. That gives Shannon Hatch valuable support having produced a stellar campaign to average 18.0 points and 9.2 rebounds per game to lead the way for the Welsh franchise.

👎 Cardiff have struggled with injuries and lacking depth in the backcourt until Saiki’s arrival and their slump has spanned six games having not won since recording back-to-back road wins in October. The absence of Mara Marchizotti has also limited their presence inside with the Archers averaging the fewest number of rebounds per game.

👍 Another team looking to develop their young players by playing them at the highest level. Sian Phillips and Maud Ranger carried a lot of responsibility, but reinforcements have arrived in the shape of former GB Senior Erin McGarrachan as well as American duo Taylor Edwards and Laken James, who have made immediate impacts.

👎 Even with their new contingent, Pride slipped to another defeat at home to Oaklands – a team they will be challenging with in order to push for a playoff spot. No other team has lost as many games this season and they need to take better care of the ball with a league-leading 23.3 turnovers per game.

👍 The Queens have been competitive in their debut campaign and jumped out to successive league wins following their maiden scalp in the Cup. Marlee Ball, Claire Abbott and Melita Emmanuel-Carr all have previous WBBL experience and the team has added talented Portuguese guard Carolina Marques to help bolster a small roster.

👎 Losing Maura Fitzpatrick for the season is a hammer blow for a team that was already lacking depth and relying on huge efforts from their starting group. The 2-0 start feels like a distant memory, partly also because they have had such long breaks in between games and a backlog perhaps isn’t ideal for a small roster.

👍 Despite their record, Durham have been competitive at times and are another side with young British players at their core. Young Spaniard Goretti Hurtado enjoyed a red-hot start to the season and American signing Elle Hendershot has been all over the stat-sheet. The reported pickup of Abby Lowe seems mutually beneficial and could provide a spark to give the team that extra firepower.

👎 The Palatinates rank dead last in field goal percentage (31.9%) in the league and are in need of an injection to their offence. Durham’s sole win in the WBBL Championship came in emphatic fashion in Scotland, but have endured a tough stretch of results since and are in danger of being left adrift at the bottom.