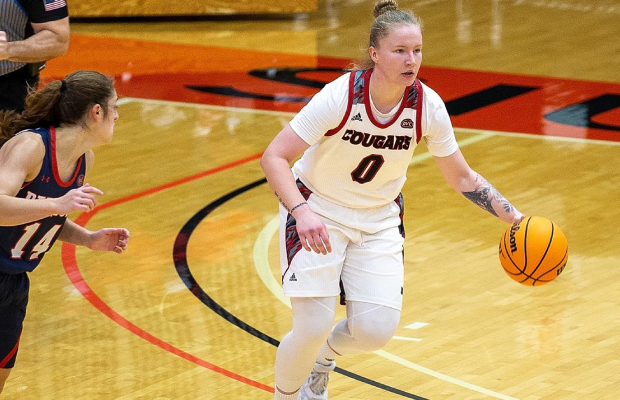 The action across the pond continues as we take a look back at how the leading Brits in College got on in December.

Gabby Nikitinaite enjoyed a stellar month for SIUE (4-8) having earned a Player of the Week honour as well as passing 1000 career points in college. The former GB U20 guard had 22 points, five rebounds and four assists before following up with a career-high 27 points on 6-of-10 shooting from three in a nine-point loss to Illinois State.

Savannah Wilkinson is now averaging 15.5 points and 9.3 rebounds per game heading into 2022 having posted 14 points and 15 rebounds before adding a seventh double-double with 18 points and 11 rebounds in a 12-point road win having opened the month with 20 points for SMU (5-6).

Hannah Jump hit three triples in each of the four appearances for Stanford (8-3) in December with a best of 17 points coming against UC Davis in a 68-42 win with the sharpshooter just averaging a shade under 10 points per game on the season.

Khaleah Edwards netted 13 points and had four assists for SFBKN (4-6) in December before posting 10 points, eight rebounds and four assists against D2 opposition Caldwell. Loren Christie closed out the month with a best of eight points in 12 minutes in a 92-75 win for Buffalo (7-4) as the opened conference play.

Ella Doherty scored first points for Toledo (7-3) in December with two triples for six points against Saint Francis (PA), while fellow freshman Simona Henshaw closed out the month with two games in the starting lineup for the first time for Florida Atlantic (4-7).

Elsewhere, Amelia Sandie continued in the starting lineup for Nicholls State – averaging 29.0 minutes per game – with five points and four assists against South Alabama before repeating the season-high four assists in the next outing.

Faye Parker earned a first start of the season for Penn (5-7) and closed the calendar year with a career-high seven points in an 89-29 win. Grace Heeps recorded a best of eight points and five boards against Canisius as Albany moved to 7-4 with four straight wins to finish 2021.

Milly Knowles hit double figures for the second time for Eastern Washington (2-8) with 10 points along with a season-high nine rebounds against Multnomah in just 21 minutes of action in 102-61 win and also went 4-of-4 for eight points against Nevada, while Megan Jones had three blocks in just nine minutes in action for UC Davis (6-4).

Alix Henderson enjoyed a streak of four games in double figures for PLNU (7-5) during December including a 15-8-4-3 stat-line. The Scottish guard then scored a career-high 18 points on 6-of-10 shooting against Chaminade before recording 18 points, four rebounds and four assists in a later return to the starting lineup. 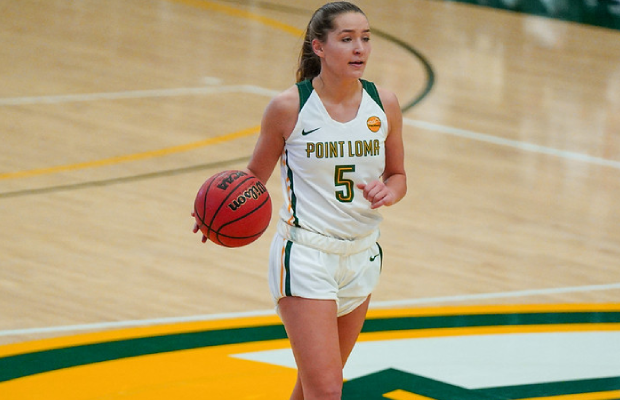 Maya Price is producing a stellar season with Eckerd (9-1) having posted 23 points along with three blocks at the start of the month before going 10-of-12 for a career-high 27 points, whilst adding nine rebounds at Palm Beach Atlantic. A 19-point, 10-rebound double-double followed before Price had 14 points, nine rebounds and six blocks against Rockhurst.

Meanwhile, Dani Lozzi became the latest Brit to earn a Defensive Player of the Week honour this season having recorded six steals to go with 13 points, five rebounds and five assists in a 75-43 win for Lynn (3-5). Lozzi also had an 8-6-6 stat-line during December, while Loie Webb posted 18 points, seven rebounds and three assists.

Harriet Swindells went 8-of-12 from the field in a 22-point haul in a win over Dominican to average 9.6 points per game heading into 2022. Fellow Brit Ashleigh Pink scored nine points on two occasions during December and hit 10 points for the first time, off the bench as part of a perfect six-game streak for Barry (9-1).

There was more heavy duty for Charlotte Ellmore at West Florida (10-2) with seven games of 30+ minutes with a best of 12 points at Lee, whilst matching a season-high of seven assists in a later game as the team won six straight.

Rebecca Morrison posted a season-high of 19 points for Caldwell (6-5) at the start of December before a first double-double of 13 points and 10 rebounds was followed by a best of 11 boards. Sadie Russell had a 7-5-5 line to open the month before netting 12 points and then closed the year with 17 points in 22 minutes of an 80-47 victory for Flagler (7-5).

Zoe Willis hit double figures for the first time since returning from a long-term injury with 10 points in a four-point win for AIC (5-4) before scoring a season-high 16 points along with eight rebounds and three assists, albeit in a four-point loss to close 2021.

Elsewhere, Sarah Round reached double figures in scoring in four of seven games in December with a best of 14 points against Jefferson with four triples. The guard had 10, 13 and 11 points in successive games for Goldey-Beacom (6-6).

Holly Davies had a best of nine points along with five rebounds for Newberry (2-9), while Ella Pearson scored five points in 14 mins in the following game at Lenoir-Rhyne. Shauna Harrison also scored a high of nine points for Cal U (8-1) with four straight wins, while Shawnisay Millar posted eight points and five rebounds in a close win for Midwestern State (5-4).

Macy Spinks had seven points and four assists to close December with a win for Saint Anselm (7-5), while Megan Sheret had season-highs of eight points and six rebounds off the bench for Fresno Pacfic (3-5) and Cheyenne Scott scored six points in an only start for Florida Tech (2-8).