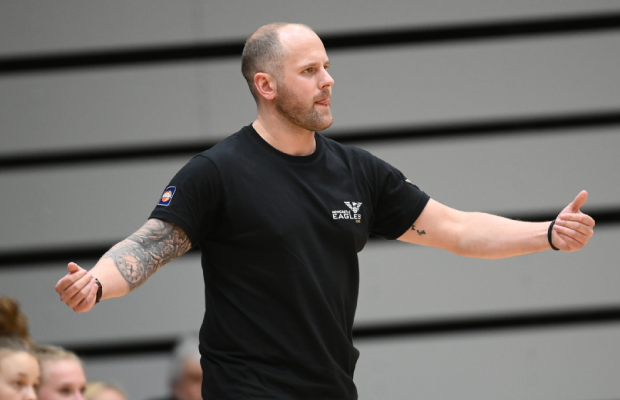 Newcastle Eagles have announced that they have parted ways with Chris Bunten, just a few weeks away from the WBBL Cup final.

Bunten had been with the club in each of the eight seasons in the WBBL with almost a century of wins in all competitions, whilst winning the playoffs title in 2016.

The former GB U20 assistant helped the club reach back-to-back finals having enjoyed a memorable run in the 2021 playoffs, whilst reaching this season’s Cup final with further opportunities given to British talent. However, a club statement cited a ‘need for a new direction’ ahead of their clash with London Lions on January 29.

“I will always hold the club close to my heart and wish both the BBL and WBBL teams the very best for the future,” said Bunten, via release.

Eagles’ Managing Director Paul Blake added: “The club would like to thank Chris for his years of service and wish him all the best in the future.”

Earlier this month, Ebony Horton and Abby Lowe both left the club to pursue different opportunities with subsequent moves to Sheffield Hatters and Durham Palatinates.

The Eagles still managed to defeat Manchester Mystics in their opening game of 2022, but were beaten at home to Durham in the first round of the WBBL Trophy on Saturday.