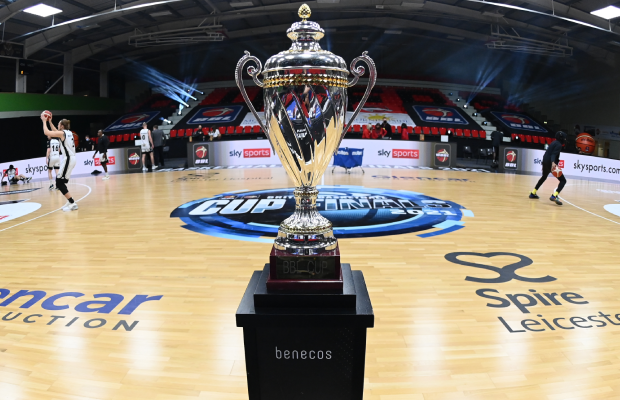 The first piece of silverware in the 2021-22 BBL season is on the line this weekend as Leicester Riders take on Manchester Giants in the battle for the Cup title.

Leicester are two-time winners of the BBL Cup, but their last triumph in the competition came in 2014, while this is Manchester’s first final since their return to the league in 2012.

Road to the final:

Both teams had the same records in their respective groups with six wins from 10. Manchester topped the North group, while Leicester finished runners-up to London in the South.

Manchester edged out Surrey Scorchers 95-92 in the quarter-finals with Leicester coming through a tough encounter with Cheshire Phoenix to prevail in an 85-84 victory with a late score from Jubril Adekoya. In the semi-finals, the Riders battled past the Lions with the Giants’ late fourth quarter effort in the second leg seeing them past Glasgow Rocks.

And, of course there’s the Whelan sibling rivalry on the line, too, as Jordan takes on Patrick in a battle of the brothers.