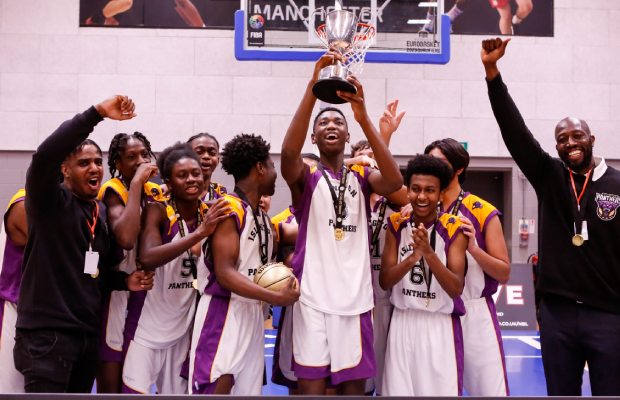 Manie Joses and Tyresse Poku Mensah combined for 60 points to help lead Islington Panthers to the U16 National Cup title as they defeated Richmond Knights 81-61, in Manchester.

Joses finished with 28 points and 21 rebounds, whilst also adding seven assists and three blocks for the Panthers, but it was Poku Mensah who picked up the MVP award with a game-high 32 points along with four rebounds, five assists and seven steals.

Islington set the tone in the first quarter as they poured in 30 points with a 13-2 close helping to establish a commanding 17-point cushion.

The gap was narrowly extended through the middle periods as the Panthers led 45-27 at the half-time break before taking 21-point lead into the final quarter at 65-44 as Poku Mensah scored nine of his side’s 11 points in the third.

Joses and Poku Mensah continued to dominate as they combined for a 16-3 start to the fourth to wrap up an emphatic victory.