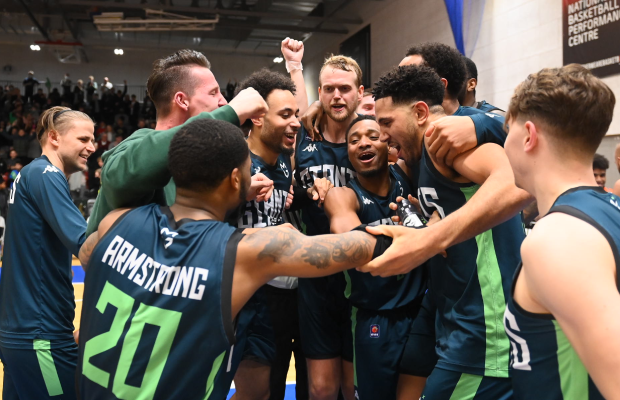 Manchester Giants advanced to the BBL Cup final after beating Glasgow Rocks by 13 in Wednesday’s second leg behind a fourth quarter surge.

Lloyd Gardner’s side were beaten by 10 on the road in Sunday’s first leg and the deficit remained the same after three quarters before they took the fourth 23-10 to claim an overall 184-181 triumph on aggregate.

Tyrik Armstrong led the way with a 25-point haul along with seven assists, while Will Saunders netted 17 points. Jordan Whelan played an important role off the bench with 13 points as well as four rebounds and two assists with the Giants without David Ulph through injury and Jamell Anderson due to COVID-19 protocols.

The Giants had led by nine at half-time before the Rocks wiped out that advantage to restore their 10-point aggregate lead by levelling the score on the night at 69-69. Glasgow’s overall lead was 12 with 5:39 remaining, but Manchester closed with a 16-1 run to storm into the final.

The result marks a first BBL final for the Giants since their return in the 2012-13 season and they will face either Leicester Riders on London Lions in January’s showdown in Birmingham.