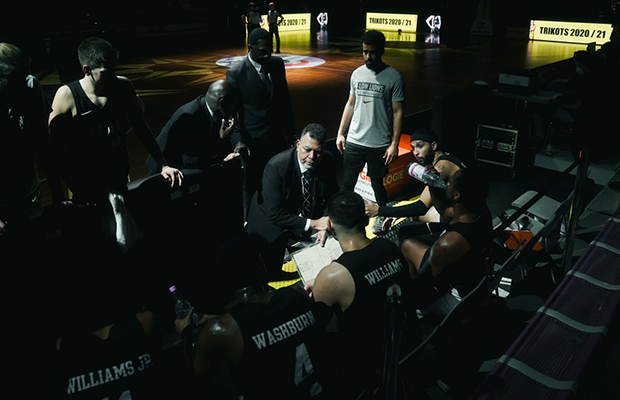 London Lions have had their European ambitions interrupted by COVID-19 for a second consecutive year as their FIBA Europe Cup Second Round group game against Avtodor Saratov scheduled for this Wednesday has been called off.

The Lions have not travelled to Russia, as they await a decision from FIBA on whether the game will be rescheduled or forfeited.

“There have been three positive cases in our camp and with the highly transmissible Omicron we have had to isolate a number of the party,” Head Coach Vince Macaulay told Hoopsfix. “The trip has been halted.”

With the format of the FIBA Europe Cup Second Round being group play over a longer period of time, there is optimism there is space to reschedule the game, as opposed to FIBA deciding to award a 20-0 forfeit.

The #FIBAEuropeCup Second Round Group L game between @LondonLions & @AvtodorSaratov due to be played in Saratov, Russia on Wednesday, December 15 – will not take place because of COVID-19-related disruptions.https://t.co/YORBYXmTVX

The FIBA Europe Cup Second Round Group L game between London Lions and Avtodor Saratov – due to be played in Saratov, Russia on Wednesday, December 15 – will not take place because of COVID-19-related disruptions.

The status of the game will be decided by the relevant disciplinary bodies at a later stage.

Last year, Lions were forced to withdraw from their FIBA Europe Cup campaign due to a COVID-19 outbreak, which also saw them play in the BBL Cup Final with just 8 players.

The Lions are yet to release an official statement which is expected later today.