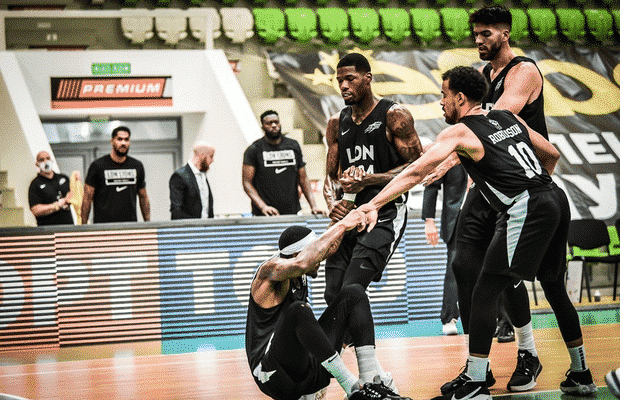 London Lions have been forced to withdraw from their FIBA Europe Campaign due to 6 positive COVID-19 test results amongst their players this week.

As Hoopsfix reported on Sunday morning, a COVID-19 outbreak has reduced their BBL Cup Final roster to 8 this afternoon, and now they will lose their European campaign.

Their FIBA Europe Cup opponents, Polish side Anwil, were the first to report the news, releasing a statement saying their games have been forfeited by the London side due to COVID-19:

Before Lions confirmed on Twitter, saying that “Following regulations from @FIBAEuropeCup around the safe participation of games, the Lions have withdrawn from the tournament.The decision is understandably a very difficult one for us, however safety remains our number one priority for the Club and those around us.”

UPDATE: Following regulations from @FIBAEuropeCup around the safe participation of games, the Lions have withdrawn from the tournament.

The decision is understandably a very difficult one for us, however safety remains our number one priority for the Club and those around us.

In a statement to Hoopsfix they added:

“Following regulatory instruction from FIBA Europe around the safe participation of games under COVID-19 regulations, the Lions will not be travelling to Poland today for the Euro Cup.

The decision is understandably a very difficult one for the team who have been looking forward to the international competition, however safety remains our number one priority both for the Club and all those we come into contact with.”

FIBA have since released their own statement, saying that the remaining players and staff, despite testing negative “have to be considered close 1st level contacts with a high risk of potential infection due to the high number of cases in the team and the short timeframe since the confirmed positive tests.”

That added that having sought expert advice from the FIBA Medical Commission and the Crisis Management Team for the Clubs Competitions of FIBA Europe, based on their recommendations, “the London Lions club will not be allowed to participate in the upcoming Regular Season hub for Group E.”

Meanwhile, the official game page on the FIBA Europe Cup website has been removed.