Steutel, Clark express anger at axing of GB U20 programme 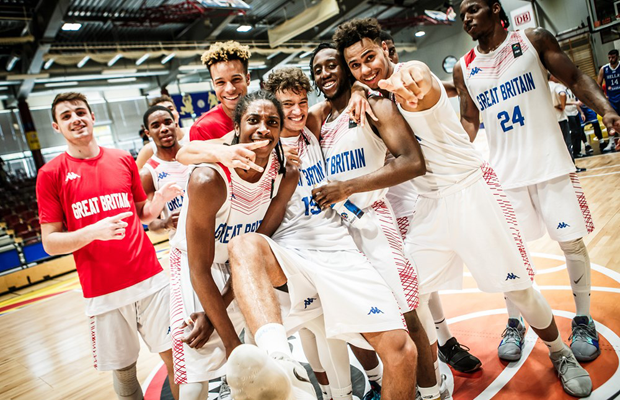 GB Head Coach Marc Steutel and co-captain Dan Clark have expressed their disappointment in the British Basketball Federation’s decision to not enter the GB Under-20s into European competition next summer.

The BBF announced on Friday that due to a lack of finances they have opted not to enter the U20s into the European Championships next summer.

“Deflated,” Steutel said in the post-game press conference after his side just lost to Turkey.

– @steutel10 discusses his feelings on the BBF's decision to not enter the @gbbasketball U20s into European Competition next summer.#BritishBasketball pic.twitter.com/IRg3jqJSVZ

“Bitterly disappointed…I wasn’t aware of the decision until I saw it on social media. The U20s programme has been built up over many years, the first thing when I was made aware of it on the plane travelling here, was I did a headcount and I think 10 out of the 13 of our current group that are here with us in this window all came through that pathway. The 3 that didn’t are Tarik (Phillip), Teddy (Okereafor) and Gabe (Olaseni).

“Probably angry, without really understanding the context to it. I’ve read something about finances but that’s a word I have no understanding about – I know how much that programme is to run and without having any dialogue about potential solutions in November for a summer programme, next summer.

“I think the question is probably relevant, especially when I’m sat next to someone (Dan Clark) who came through the junior pathway and is now the captain of this country, along with Myles Hesson, who is also the co-captain of his country who also came through that pathway. 10 out of 13 guys here have done that so it’s proven to show the impact on the senior men and senior women. So, (I’m) bitterly disappointed.”

Whoever at @gbbasketball @bballengland can help please let me/us know what can be done to get the U20s to compete next summer…I for one wouldn’t be where I am today without that experience.

A number of players have spoken out on social media since the announcement on Friday, including Hesson who is asking what can be done to get the U20s reinstated. GB Seniors Kyle Johnson, and Ashley Hamilton both commented “Smh” (shaking my head) on Instagram, while former GB U20 captain Joe Hart called the U20s “one of the best basketball experiences I’ve ever had”.

"…It's disappointing, it's almost heartbreaking."

“There’s been some comments shared on social media from various members of the GB team who are also very disappointed in the decision,” Clark added.

“As Coach Steutel said, it’s disappointing, it’s almost heartbreaking. I think it’s the 2001 or 2002 generation now that won’t have got to play U18 basketball and now won’t get to play U20 basketball, so for them it’s a big loss and hopefully it doesn’t affect them long term.”

For the U20 men, who were competing in Division A, it means if they do re-enter in 2023, they will have to re-start in Division B and aim to get promoted again.