How London Lions can qualify for the EuroCup playoffs - Hoopsfix.com

How London Lions can qualify for the EuroCup playoffs 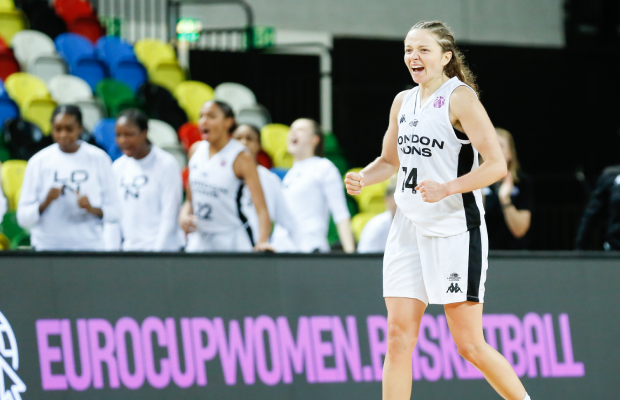 London Lions suffered their third defeat of their debut campaign in the EuroCup regular season, but are still alive in the race for the playoffs.

Mark Clark’s side made history with a stunning aggregate triumph over Gran Canaria in the qualifiers and followed up with impressive wins over Keltern and Castors Braine as they have battled established European teams.

And, despite a 27-point loss on the road in Brno on Wednesday, they can still advance and extend their memorable run.

There are 48 teams split into 12 groups of four with the top two in each group (24 teams) advancing to the Round of 32. In each Conference (1 – Groups A-F; 2 – Groups G-L), four of the six best-ranked third placed sides will also go through.

Where can the Lions finish?

Following the Lions’ loss on Gameday 5 coupled with a win for Castors Braine, it means they can no longer finish in the top two spots in the group. They could finish level with Zabiny Brno, but the Czech side hold the head-to-head with two victories. This means that London need to finish as one of the four best third-placed teams in Conference 2 – so their final record needs to be better than two other teams in third place.

The Lions have already beaten Castors Braine in their previous encounter, but a game on the road in Belgium is a different challenge altogether. At one stage – when Keltern were beating Castors Braine – it was looking as though this would be a must-win. That’s not quite the case, but a win is still likely needed and would be enough.

Here’s a run through of the other groups to see the possible outcomes for the Lions.

Elfic Fribourg host Tenerife in a winner-goes-through clash with the losing team finishing in third.

Another winner-goes-through encounter with French side Flammes heading to Spain to face Lointek Gernika with the losing team finishing in third.

Both teams are already confirmed as going through regardless of their result when they meet to decide second spot.

Another thing to consider is that the Lions are not guaranteed third place. If they lose, Rutronik Stars Keltern could finish in third instead if they were to beat Zabiny Brno as they hold the head-to-head with the Lions.

KP Brno are likely to finish third as they face bottom-placed Haukar – who have a 0-5 (-162) record – in their final game.

This would guarantee qualification to the playoffs. This is because the team that finishes in third place in Group G, Group H and Group L cannot get to three wins.

This gets a bit more complicated and the Lions will need results to go their way. Obviously, the margin of defeat comes into play with their points differential already minus 33. Group J (three wins) is disregarded so that leaves needing to better 2/5.

The Lions still have a 23-point cushion on Elfic Fribourg and 37-point cushion on KP Brno so these are the likely best-case scenarios, but does rely on Fribourg losing. Keep an eye on Group I, too, with a big win for Valencia helping the cause if Kangaroes also win.

Basically, WIN-AND-IN, and that’s the perfect scenario because that’s all the Lions will be focusing on.