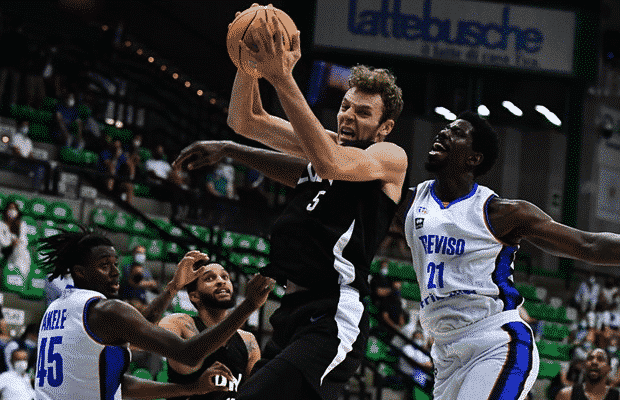 London Lions will face trips to Austria, Germany and the Netherlands in the FIBA Europe Cup regular season after their final two opponents were confirmed, on Friday.

Last season’s BBL Trophy winners enter the competition after their exit in the Basketball Champions League qualifiers and will come up against Kapfenberg Bulls, medi Bayreuth and Donar Groningen.

🚨 The field has been set for the #FIBAEuropeCup Regular Season!

Who are you backing to win it all this year? 🧐🏆 pic.twitter.com/2VQIQVbE8E

Donar Groningen defeated Leicester Riders twice in pre-season and only secured their place as one of the two lucky losers from the qualifiers after losing their tournament final against Benfica as hosts.

Meanwhile, medi Bayreuth were victorious in Krasnoyarsk as they defeated Hapoel Haifa 85-80 following a win over Naturtex-SZTE-Szeged in the semi-finals.

London will visit Groningen for their regular season opener – having withdrawn from last season’s competition due to COVID-19 regulations – before a run of three consecutive home games at the Copper Box with their campaign rounding out with trips to Kapfenberg and Bayreuth.

The Lions are dealing with the shock news of the sudden death of assistant coach Andrea Boreland – who was an inspiration to many within the British basketball community and beyond.