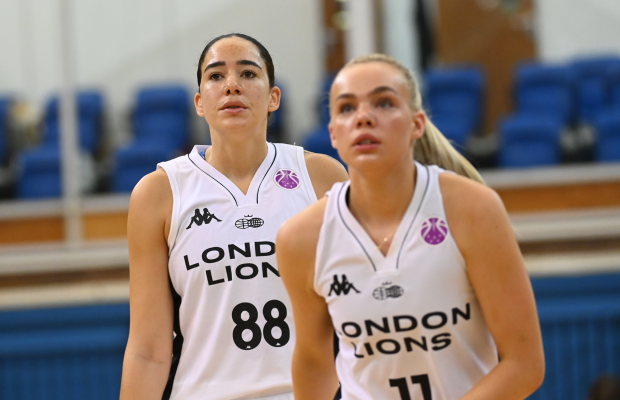 Here’s a look at the games coming up this weekend with 12 teams in WBBL Championship action.

Game of the weekend

Holly Winterburn played five WBBL seasons with Leicester Riders having made a league debut at the age of 15 and will now be on the other side of the court alongside fellow ex-Rider Azania Stewart – who came out of retirement last season – with London Lions.

The duo come up against their former team in an early unbeaten league clash after both sides won contrasting openers last week. London enjoyed a 54-point win away at Caledonia Pride, while the Riders needed late free throws from Anna Lappenkupper and an all-round effort from Hannah Robb to overcome Nottingham Wildcats.

The Lions will look to continue their momentum ahead of their EuroCup Women regular season bow next Thursday, while Leicester aim to continue their progress under new head coach Derrick Washington having added five senior signings including rising star Louise Rouse.

Elsewhere, five games take place on Saturday as three sides aim to improve to 2-0 in the regular season:

In WNBL Division 1, London Lions II host the reigning champions Ipswich to start a five-game slate on Saturday, while Loughborough Riders host Worcester Wolves in a meeting of two victorious sides from the opening weekend.