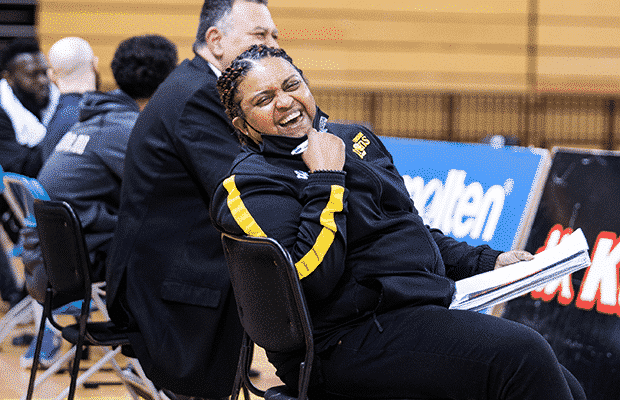 London Lions assistant coach and pillar of the British basketball community, Andrea Boreland, passed away suddenly on Thursday, her family have announced.

Boreland had dedicated her life to the game, developing and mentoring countless young players predominantly through Hackney Community College over the past decade, and was an inspiration as the only female coach in the BBL.

Crediting her coaching career to the legendary Jimmy Rogers of the Brixton Topcats programme, Andrea won three BBL titles in her time with the Lions, having joined them in 2018, was the 2017 ABL Coach of the Year, and also won silverware in her time with NASSA in the NBL.

It was not just coaching however; a qualified referee and table official, she contributed to the game in countless ways, and could be seen volunteering or working at almost every basketball event that would happen in the capital.

Her hard work led her to being recognised with the 2019 Statistician of the Year in Basketball England’s annual volunteer awards.

From a Hoopsfix standpoint, she would help out with the table every year, willingly volunteering to recruit the statisticians and table officials and work the event, whilst in 2021, was solely responsible for getting us a venue at Battersea Sports Centre, at a time when venues were near impossible to book due to the ongoing pandemic. 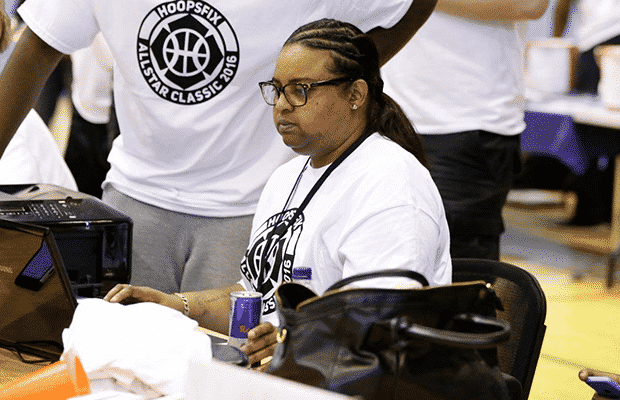 The following statement was released on her social media from her family in the early hours of Friday morning, with the caption “💔🙏🏾 R.I.P Coach Andrea. ✨ Gone but never forgotten. Forever in our hearts and memories. We love you unconditionally and eternally. 🤍””

This is a message on behalf of Andrea’s family.

We are deeply saddened to inform you all that Coach Andrea has passed away.

It has come as a shock to us all. Please keep Andrea’s family in your prayers, as we ask everyone to allow them some time to try to process this devastating news.

We are deeply saddened to inform you that our beloved Coach Andrea has passed away.

Andrea is an adored daughter, sister, teammate and friend, and has been at the heart and soul of basketball in London for over 30 years.

Her loss is devastating, and as her family, friends and teammates process this news, we ask that their privacy is respected.

Andrea has been with The London Lions every step of the way, and will forever be a Lion.

Tributes from across the basketball community have been flooding in for Andrea, here are a selection of them:

I am absolutely devastated to hear the news about @andrea23baller passing.
Can’t remember ever being in any meaningful basketball event in London & she wasn’t there. Fierce competitor, her teams always played hard.
Loved her to bits & I’m gonna miss her & her smile 😢 RIP 🙏🏽

Rest in paradise!! Realist in the game & loyal to the bone! Changed the lives of so many of us! Gone way to soon! 🥺💔

May her soul rest in peace 🙏🏼💔😔 pic.twitter.com/kkUq05joSA

We are deeply saddened to learn of the passing of Andrea Boreland, an ever present figure in our British Basketball community.

Our heartfelt condolences go out to Andrea’s family and friends and the @LondonLions organisation at this difficult time.

In shock and so sad to hear that @andrea23baller has passed away. Andrea gave so much to British Basketball, she was a inspiration to so many and always ready to help. My thoughts are with Andrea’s Family & friends and all at @LondonLions where she will be missed! #RIP https://t.co/amhwdKADK7

Shocked and saddened to hear of the passing of coach @andrea23baller . My condolences to all her family and friends. Many memories of being on the sidelines opposite her at every level of the game over the years RIP 🙏

Heartbreaking to hear that Coach Andrea Boreland has passed away.

Someone who gave so much and influenced so many.

Our deepest condolences are with Coach's Family, Friends and the @LondonLions organisation.🕊

Devastated to hear of the passing of #coachAndreaBoreland this morning.Our paths crossed on court many times over the years: she gave so much to the community and it came from her heart. R.I.P. 🌹 pic.twitter.com/GZOVk1AUit

This has shook me to my core…a fierce competitor and an incredible human being…I’ll remember the laughter we shared on the show last season…my heart hurts…we miss you coach 😢🙏🏼#RIPAndrea https://t.co/IpFPF8YZZF

Sharing a sideline with Andrea was as intense as it gets. What an amazing human being! RIP.

Hackney Community College was a massive part of my basketball journey. One of the best basketball environments I’ve been a part of and a lot of that was down to Coach Andrea. 💔 😔 pic.twitter.com/98TkmljLuT