Cassie Breen: We just have to learn from the loss and keep moving - Hoopsfix.com

Support
Home / News / Cassie Breen: We just have to learn from the loss and keep moving

Cassie Breen: We just have to learn from the loss and keep moving 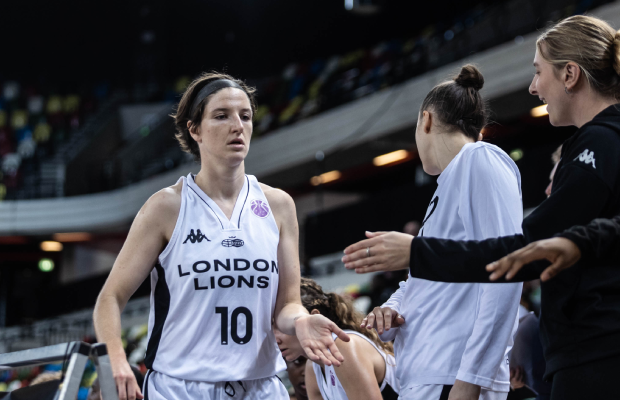 Cassie Breen insists London Lions must make better starts after they fell to their first loss in the EuroCup regular season, on Wednesday.

The Lions found themselves in a double-digit hole on multiple occasions – including the 13-25 opening quarter – and despite battling back, they were beaten 74-82 by Zabiny Brno to drop to 1-1 in Group K.

“We have to come out guns blazing,” Breen told Hoopsfix. “We have to be aggressive on the defensive end. We are a great team both inside and outside, we have a lot of weapons both offensively and defensively. But we were just stagnant and we can’t expect anyone to back down to us.” Head coach Mark Clark added on facing deficits: “We can’t keep doing that every week. Where’s that intensity to do that before we are down? This team has a significant amount of heart and character, we showed that both weeks, but we can’t rely on that – we have enough talent and ability.”

London now have a 7-2 record on the season with their only other loss coming in the second leg of their qualifier with Gran Canaria. No time to panic just yet with the Lions still well placed to make it out of the group with two more home games coming up in the next two weeks.

“We just have to keep moving,” added Breen. “It’s a long season. We have to learn from the loss, that’s the biggest thing.

“I know we have a great staff, a great team. There’s a lot of support within the organisation and each other. You need a team to be behind each other and stick with it.”

The Lions return to action on Sunday when they host Gloucester City Queens before the visit of Castors Braine to the Copper Box for their third game in the regular season.