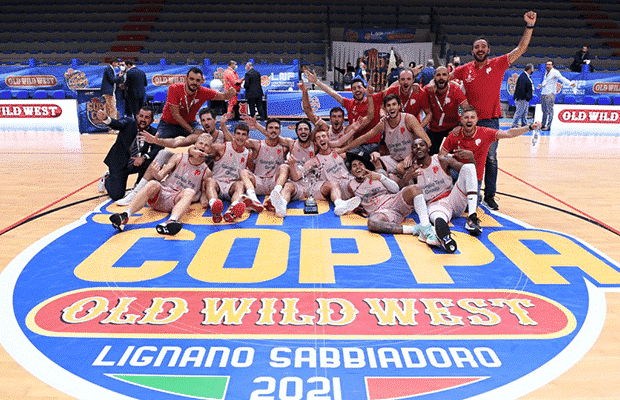 Great Britain Senior international Carl Wheatle has added some silverware to his trophy cabinet after winning the Italian Serie A2 Super Cup with his side Pistoia.

Pistoia defeated Blu Basket Gruppo Mascio 70-76 in the final on Sunday, as Wheatle finished with 8 points.

Wheatle had 14 points in the semi-finals, where they defeated San Giobbe Chiusi 77-69.

Pistoia downed San Severo in the quarter-finals, as Wheatle finished with 7 points, having qualified for the knockouts after finishing atop of their group. Wheatle’s top scoring performance in the competition was a 16-point outing.