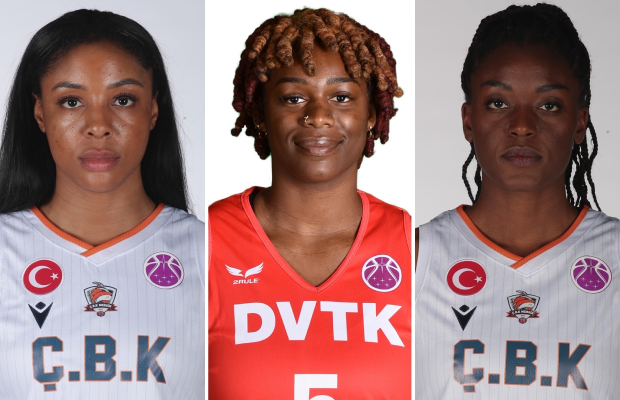 The British interest in this season’s EuroCup Women competition extends beyond London Lions with three GB stars ready for action.

Temi Fagbenle was a finalist in last season’s competition with Reyer Venezia and has made a summer switch to Mersin in Turkey, linking up with international teammate Kristine Anigwe, who returns for a second season at the club.

The duo will be in action tomorrow (Thursday) having made the trip to Belarus to take on Horizont.

Cheridene Green has previously played against Fagbenle in EuroCup action having spent two years in Poland at Gorzow and now represents DVTK with their first game on Wednesday.

The 26-year-old has made a strong start to the domestic campaign with back-to-back huge performances including a 27-point haul in a debut win for the Hungarian side.