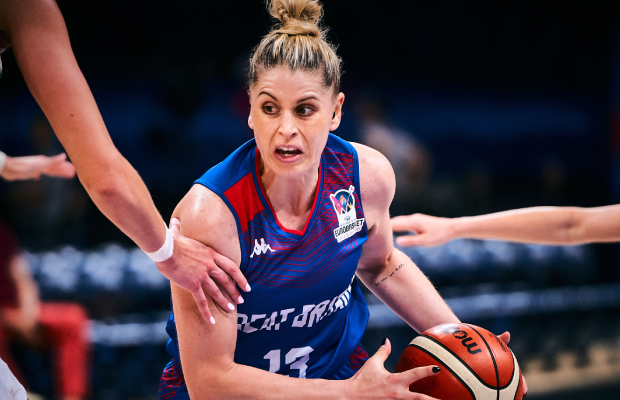 The trio of additions join the club ahead of their debut European campaign with former Barking Abbey guard Leah McDerment back for a first season in the WBBL.

“The new roster builds on the great progress we made last year,” said Mark Clark. “The team performed extraordinarily well as a collective last season, and we’re going to be coming into this year with all of the focus, energy and determination that drove us to claim the 2020-21 [playoffs] title.

“We’ve got a lot of power here and we’re setting our sights high. It’s very exciting to be able to continue this journey with such talented players and continue working to put a London club on the European map.”

American duo Cassie Breen and Stephanie Umeh have both re-signed alongside Austrian forward Valentina Klocker, while playoffs Final MVP Shanice Beckford-Norton is back for another season with Paige Robinson, while Chantel Charles is on a two-year deal and Kennedy Leonard’s extension was previously confirmed.

The Lions remain committed to developing academy players and while the likes of Ines Goryanova and Nikola Kuzmanovic to the US, they have brought in emerging guards Grace Strickland – from Oaklands – and Neve Marvill – from Derby – with Fatmata Janneh, Chenai Mushore and Nicholle Lavinier also part of the squad.