Kyle Carey returns for another season with Cheshire Phoenix - Hoopsfix.com

Kyle Carey returns for another season with Cheshire Phoenix 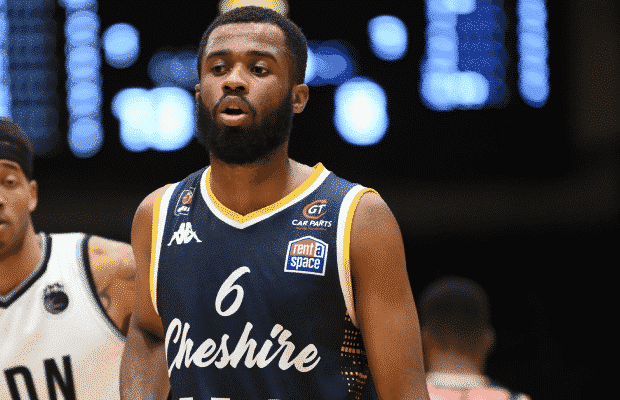 Kyle Carey will return to Cheshire Phoenix next season after agreeing a new contract to remain with the BBL side.

The former GB Under-20 international joined the club in December and made a strong impact to their change in fortunes over the second half of the season.

Carey – a former MVP at the Hoopsfix All-Star Classic – becomes the third player confirmed on next season’s roster following the signings of fellow Brits Teddy Okereafor and Jules Dang Akodo.

“I am happy to be signing back with the Phoenix,” he said, via release. “I am looking forward to finally meeting the fans next season and to build on my performances from last season.”

Head coach Ben Thomas added: “Kyle did a really good job last season, when he came in, he changed the way the team played, especially defensively with his aggression and his willingness to compete.

“We want guys like that here. Players who leave it all out there night in, night out. I think he learnt a lot last season about himself and what he can offer us. He is another exciting GB player who has a really bright future ahead of him.”

Meanwhile, Bristol Flyers have also begun their recruitment for the 2021-22 campaign with the signing of rookie American guard Marcus Evans out of VCU after re-signing Raphell Thomas-Edwards.