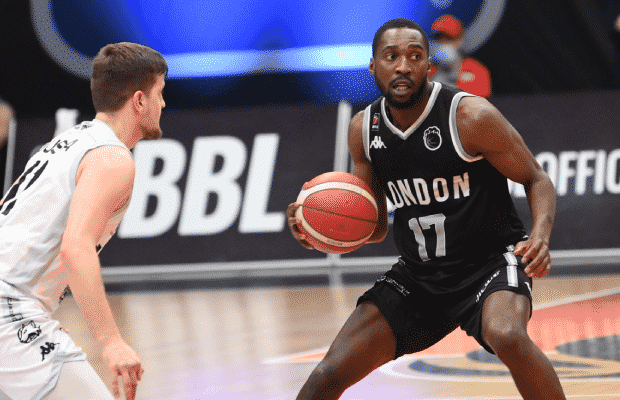 Cheshire Phoenix have continued their early recruitment for the 2021-22 BBL season with the signing of Jules Dang Akodo.

The 25-year-old makes the switch from London Lions and joins fellow GB guard Teddy Okereafor in the new-look back-court for the Phoenix.

Dang Akodo averaged 11.1 minutes per game across 27 league appearances for the Lions with 3.7 points and 1.1 assists along with 36% from three-point range.

“I am grateful for the opportunity to play for this club,” he said via release. “I am really excited for next season and looking forward to meeting our fans.”

Head coach Ben Thomas added: “I’m really happy to have Jules here next season. I think he has really improved his game over the last couple of years and when he has had the chance to prove himself, he has done just that!

“His defence will definitely make us better next season, he is very good on the ball and willingly picks up full court, but I think his offensive game will really help us too. He has a lot of positive attributes and most recently his shooting for the Lions has been really good.

“I look forward to working with him, he’s another high-level British player who needs a bigger role and that’s what he will get here.”

Dang Akodo won the 2021 BBL Trophy with the Lions and has previously played in Slovenia and Spain.