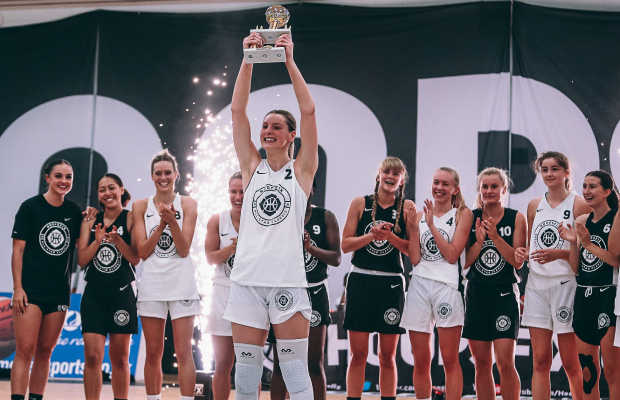 Cameron Taylor-Willis took home the MVP award after leading Team White to victory in an exciting Under-19 Women’s game at the Hoopsfix All-Star Classic, on Saturday.

The Ipswich star finished with a double-double of 17 points and 10 rebounds along with three assists, three steals and two blocks in an all-round display in the 81-76 success.

Taylor-Willis provided the early spark with back-to-back threes in the first and repeated the feat in the second half, whilst also coming up huge on the defensive end with successive blocks.

And, the 19-year-old forward was quick to heap praise on her team-mates for the role they played in the win.

“It was really special [to win MVP],” she said post-game. “I really enjoyed playing with this group of girls and they are the reason that I won this award so I owe it to them.

“It’s difficult to get a rhythm in an All-Star game but I just wanted to my best, get my shots and focus on defensive stops.”

Taylor-Willis was one of three players that were competing in their second Under-19 Women’s game and the experience shone through in leading a talented roster.

“The main aim is just to enjoy yourself in these games and that’s when I’m playing my best basketball.

“It’s an amazing event and great exposure for everyone. Getting to play with different people and having everyone watching at home, too, is great.”