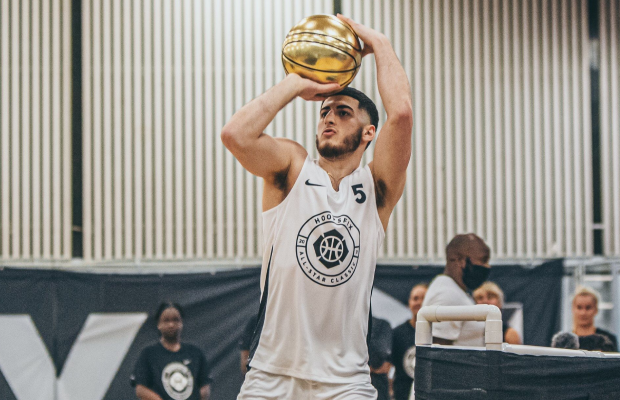 Alex Distras was crowned the second-ever 3-Point Shoot Out champion at the 2021 Hoopsfix All-Star Classic in London, on Saturday.

The Augustana University commit opened the contest with a best score of 16 points before his final round effort of 13 was enough to beat Sam Grant and Katie Januszewska.

Distras hit three of five money-balls in his first round with a run of six straight makes across the third and fourth racks. His score of 16 was matched by Januszewska, who was aiming to become the first female winner of the mixed contest.

Grant’s opening score of 12 was enough to advance, though Maisie Evison came close to making the final after also hitting double figures with 11.