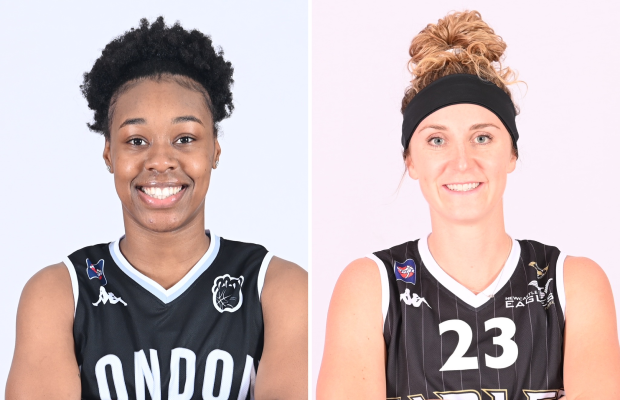 The last game of an eventful 2020-21 WBBL season with the playoffs Championship to be decided in Leicester.

Here’s a closer look at today’s matchup as London Lions and Newcastle Eagles clash for the title.

The Lions did their job once more with a controlled performance in beating Nottingham Wildcats for a fourth time this season. It was closer than their Trophy final encounter, but London came through to win 77-68 with an all-round team display. Shanice Beckford-Norton had 18 points, Cassie Breen with 16 despite an early injury scare and Kennedy Leonard finished with a 14-9-9 stat-line.

Newcastle pulled off an even biggest upset in WBBL playoffs history. Less than a week after they stunned Leicester Riders, they provided a huge shock by knocking out the league champions. Chris Bunten’s side overturned a 12-point deficit in the second half with an unrelenting effort for a historic 79-72 triumph. Alison Gorrell recorded the first playoffs triple-double with 22-12-10 with Abby Lowe, Maddy McVicar and Rachael Bland combining for 53 points – containing 11 threes.

They first met this season all the way back on the opening weekend of the league campaign in mid-December. London jumped out to a strong start on their way to an 85-72 victory behind a 26-point haul from Breen, while Gorrell had 22 points in defeat.

The league’s leading scorer fired in 28 points in the reverse fixture in the North-East, but the hosts ran out of steam in the fourth to fall to a 61-72 loss. Breen top scored with 20 points, while Stephanie Umeh had 18 points with Beckford-Norton and Chantel Charles both collecting 10+ rebounds.

Not done yet | Kennedy Leonard

Don’t sleep on us | Abby Lowe