Temi Fagbenle misses out on EuroCup title in dramatic finish 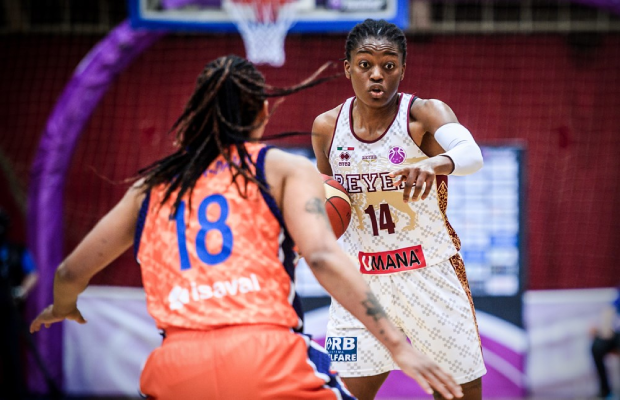 Temi Fagbenle cruelly missed out on becoming a EuroCup winner as Reyer Venezia were beaten 82-81 by Valenica in a dramtics final, in Szekszard on Sunday evening.

The Italian side took the lead with 1.2 seconds left on the clock, but a foul on the ensuing inbounds gave WNBA prospect Raquel Carrera the chance to snatch the win and the teen held her nerve at the line.

Fagbenle netted 10 of 12 total points in the first half and also finished with four rebounds and three steals in the agonising defeat.

Both teams had been unbeaten in the competition leading into the final with a shortened season due to the coronavirus pandemic.

Fagbenle played a key role for the Italian side throughout the season and averaged 8.9 points, 6.1 rebounds and 3.1 assists in pursuit of becoming the second British winner of the competition.

The 28-year-old had been looking to add the European crown to a WNBA title as well as domestic cup successes in Poland and Spain.